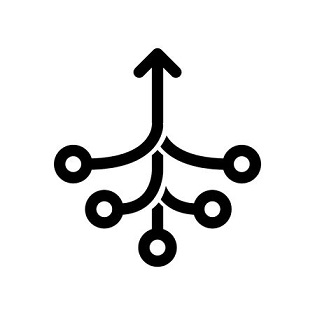 The market has been boring as hell for a month now.
It was exactly like this last year in May and June.
Surprisingly this year we see a repeat of the same abnormal pattern.

This is what the market looked like a year ago.

We had that brutal retracement from all time highs to that critical $30k support line that's been so kind to us since Q4 2020. Is it really reasonable to think that we'll continue plummeting lower? Paper hands think so.

Personally I'm pretty certain that we aren't going to hit $20k unless the entire economy melts down right before our very eyes. Certainly a recession is on the table sometime in the next two years, but trying to price it in a year in advance is a Fool's Errand. Yet that's exactly what's happened. 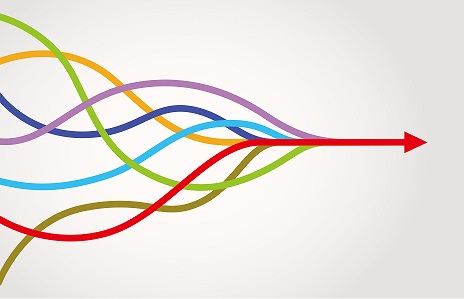 Could we be stuck trading sideways for another month just like we did last year? Sure, that would actually make sense considering the FED's position on raising rates at the moment. As we get closer and closer to September and the possibility that they back off, we could see some fireworks and FOMO as all the degens start to rebalance their positions.

Of course everyone seems to just now be really feeling the sting of "inflation", and of course by "inflation" I mean "deflation" of the global supply chain. Again, "inflation" is the slow increase of the money supply. People don't even know what the problem is. How do they expect to fix it? I think people just want to complain about higher prices. In fact, I'm certain of it.

There is no going back on inflation. If the money supply actually starts deflating, we are totally screwed (Greatest Depression status). However, if these supply chain issues get resolved and prices go down via abundance, that's a completely different scenario.

Do we think people will be talking about deflation when prices go back down? Do we think they'll realize that inflation never actually happened because inflation is permanent? No, of course not. The noobs will always be noobs and they're never going to learn (on a statistical percentage basis). That's just how it works.

Other than that it's all about the ebb and flow of these market cycles and conditions and their infinite interacting variables. Anything could happen, but some things have a much higher chance of happening than others. This slow-motion train-wreck of an economy that started derailing in March 2020 still hasn't crashed, let alone been cleaned up. Truth be told, it's quite impressive we've avoided a full on economic meltdown for this long. Now it seems like the gears has changed and the FED is trying to make it happen on purpose.

So while many are speculating that the FED will back off in September, can we really assume this will be the case, or is it just wishful thinking? Again, we have to be ready for anything. Balanced positions.

September is always a good month to buy.

Then again, this cycle chart has been performing very poorly for quite some time now (years?). That's because the quarterly market cycles get totally washed out by huge macro events like a huge recession coming every dozen years, or a global pandemic, or sanctions against Russia, or billionaires manipulating the markets. Take your pick. When the water is full of chop we can't really rely on these quarterly cycles. Too bad so sad.

Still, if the FED does end up backing off in September, the market can do nothing but go up for a couple of months. That's the fated snapback that is basically guaranteed to occur when combined with the attempted price-in of a full on meltdown that might not happen for another year or two.

This market does not respect the doubling curve right now in the least bit, instead opting to focus on the $30k support that was forged in Q1 2021 and tested again in the summer of that same year. I think this is a pretty big mistake in terms of technical analysis. Too many people are ignoring the exponential trendline that is literally doubling every year. At a certain point the market is going to realize how badly oversold this market is and the roller coaster will continue on.

Obviously no one knows, but we are 18 months out from our last real bull run (BTC x4). My guess is that at most we have another month of consolidation at $30k before all the weak hands are out of gas. That would make this years trading history strikingly similar to last year. Number could go up anywhere from $50k to $100k by the end of the year.

We may have another super boring consolidation month ahead of us. That's certainly what happened last year, and in exactly the same months. A hard bounce off of $28k has been predicted by me over the last few weeks, but the bullish 2-week cycle is coming into play in less than a week so we'll see about that.

There are multiple dynamics in play. We are trading under the doubling curve. We have a pattern of 18 months between bull markets. We are supported at a level that was established all the way back from our last bull market a year and a half ago. However, unfortunately, the biggest variable here is that this is a FED controlled market.

If the FED just decides in September that "inflation bad" and they raise rates again, it's not going to be a pretty picture. Price action during Q4 100% depends on the FED at this point. If they back off on raising rates, we get a bull market. If not, brace for impact. Not a great place to be (dependent on the system we are trying to replace), but it is what it is. Don't fight the FED.

I am so incredibly bored of this price action but I’ve suddenly found a bunch of great hivesters that I didn’t know, not to mention way more people in Tokyo than I realized (mostly foreign) so I’m thinking of organizing a meetup. So all that is keeping me sane

I like this boring stuff, it means I can buy more BTC on 30k discount each month from my salary.

You'll do better than most in the long run then.

Lucky you. To have a job that can earn you more to buy BTC...
Enjoy.

It's a shame that the price of something that was supposed to liberate people from central bankers is now at the mercy of Jerome Powell.

It's only at the mercy of Jerome Powell for a couple months.
Of course in the long term it doesn't matter what the legacy economy does.
People simply don't have the patience to wait and hodl their stacks.
And they don't have the discipline to take gains when the market overperforms.
Bitcoin is liberating the people who have discipline.
Unfortunately many could use a lesson.

It tells of the orientation we have been given, get rich quick. Which truly isn't possible.
A pateince of more than a year is considered a waste of time.

Personally I'm pretty certain that we aren't going to hit $20k unless the entire economy melts down right before our very eyes. Certainly a recession is on the table sometime in the next two years, but trying to price it in a year in advance is a Fool's Errand. Yet that's exactly what's happened.

Sounds normal that we would end this price range with a dump, that's usually how it works. Strong up runs end in a spike up and sustained down times end in a dump.

when we see a sharp move expect it to correct quickly as well.

Hmmm.... Its good to keep this point in ones pocket. This would just have helped my weekend price prediction in the contest. Haha

If we are not going to zero, we are going to a million. It’s just a matter of time.

This is so true, I could remember last year also when this happen, it was a sad one for me tho . But I hope by the end of the month things will change in the aspect of crypto

Not a great place to be (dependent on the system we are trying to replace), but it is what it is. Don't fight the FED.— Lol! Classical case of not throwing stone in a glass house !!

I for one was scared that the previous 4 year cycle might still be effect, I'm happy it has been overly confirmed that all that is over. It might be boring now but it's way better than that 4 year cycle that previously held sway.