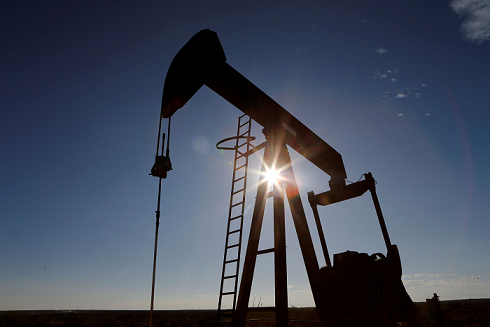 I randomly clicked on Keychain and saw this: 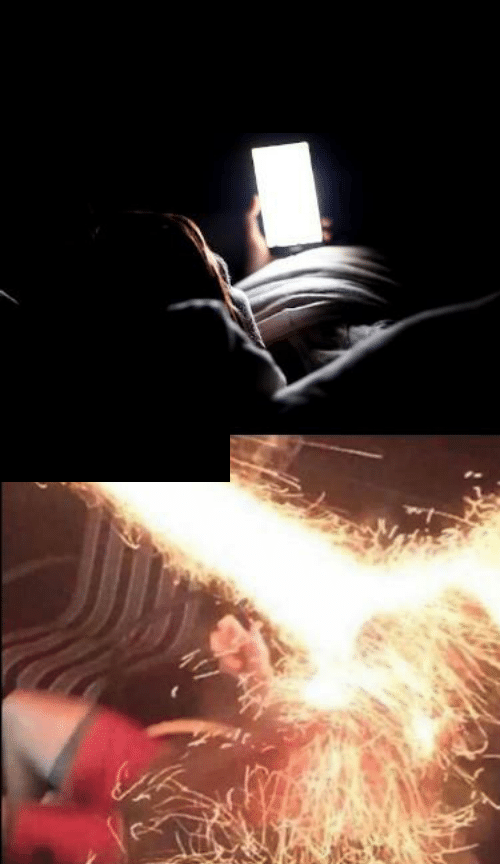 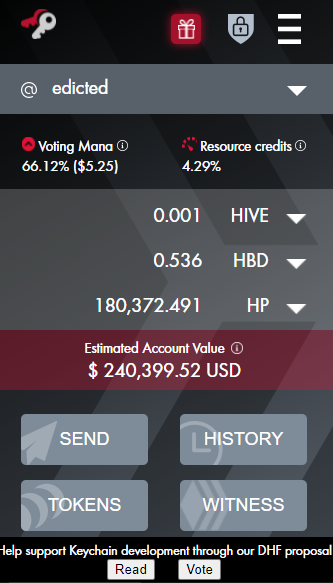 Oh, but it was right.

Hive had doubled in value in under 10 minutes.

So I did what any reasonable human would do:

I sold liquid Hive because these quick pumps have dumped 100% of the time so far. It was only my last powerdown which was a little over 1000 coins, but I ended up getting $1410 out of it, which was nice, because I need to pay bills and was planning on selling it anyway. Now I won't have to cash out for a while... I thought.

But then I noticed something strange.

LEO was still trading at the 0.33 ratio on HiveEngine and no one had arbitraged the market yet. Not only that, there was a massive buy wall at that level for over 25k LEO. Around 8500 Hive were just sitting on HiveEngine, waiting to be bought for just three LEO each.

I couldn't believe that no one had taken advantage of this yet. There must have been some kind of problem with the bLEO unwrapping bot, so I made a few test transactions to make sure. Unwrapping bot was working just fine... How had no one scooped up this Hive and sold it for an instant profit? We'll if you guys aren't going to pull the trigger I guess I'll just pick up the gold off the ground myself! 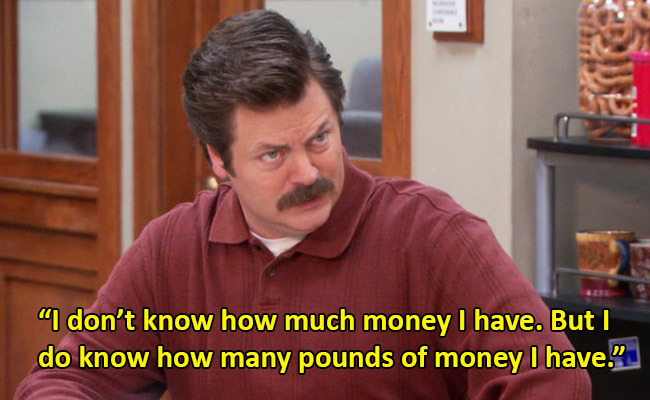 In the end it looks like I dumped over 23k LEO onto HiveEngine at the 0.33 ratio, picking up at least 7800 Hive. At an average bLEO price of 23 cents, that's 69 cents per Hive. Pretty good considering I dumped them all for like $1.20.

This is by far the most arbitrage I've ever done. I literally made $4000 for less than half an hour's "work" while everyone else was just dumbstruck by the Hive spike. Again, I couldn't believe that no one else jumped in on this. $4000? Seriously? Wow.

Now that Binance has a withdrawal limitation of 0.06 BTC per 24 hours, I hit that cap quite quickly (I had forgotten about it). This forced me to pull out 3500 CUB at the end for the final wave.

Everything said and done I went from 0 Tether in my Account that day to 8000 USDT. It was insane. Sold 1050 Hive, closed out my long position with Bitcoin margin trading, sold 3500 CUB from the kingdom and another 830 CUB from farm yield, on top of an arbitrage gain of $4000 worth of Hive just chilling on HiveEngine. Mindblowing.

At this point I'm just waiting for the 24 hour window to come around tonight so I can get this money off of Binance before my account gets frozen. Rumor has it that October 19th is as far as I can get before they'll force me to KYC. RIP Binance.

On that note I've been looking for another way to get funds in and out of BSC. The Binance Bridge seems to know I'm in the USA even though I'm using a VPN, so that's fun. The only way other than that that I know if is the LEO Bridge, so I may have some more stories to tell on that front as well.

All in all, yesterday's pump was wildly insane for obvious reasons. Funny because everyone is freaking out about this pump but honestly $1 Hive is still quite bottom-of-the-barrel prices as far as I'm concerned. It's gonna take a lot more than that to convince me to turn bearish, especially so close to a potential Q4 mega-bubble. Still, it was insane to watch Hive climb 100 ranks on the market cap in ten minutes. Feels good to finally be breaking away from Steem as fate intended.

Expect the madness to continue. Already Bitcoin has broken slightly above $55k, and even though we are heading into a bearish 2-week period, it looks like it could be sideways in the $55k-$60k range instead of in the downward direction. The market looks strikingly similar to where it was on August 8th during the new moon. We didn't go up, but we didn't go down either. Being this close to Christmas and getting past the worst month of September are only going to push us even farther along. 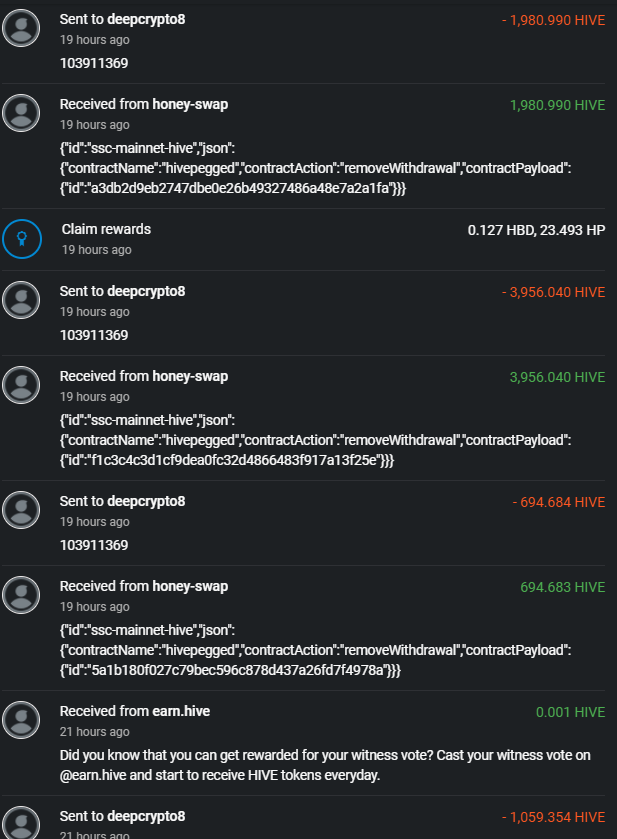 Everybody's got to start somewhere and when you start from the bottom you appreciate it so much more.

But start making small moves and doing what you can next thing you know you can start going places.

I'm living proof of that this website has empowered me.

Absolutely congratulations and smart moves in the market end up making you a very happy person. I'm really excited because I've been working very hard with trading my weed cash and I've been doing exceptionally well there.

No, No, he didn't just make more money than the government thought he would... Oh wait, he did 😏

That's a very impressive — and fortuitous — round of trading you did there! And congratulations on being the one who came across a large chunk of what's pretty much "free money!"

Sadly, my liqudity was zero because it's right after the first of the month and my accounts had just been drained to pay bills and such. Ah well. But enjoyed reading about your success, all the same!

I use THORchain for that (app.thorswap.finance). If you send BUSD to a TrustWallet account you can swap them for BEP2 BUSD (it’s super quick and easy and I’ve done it many times for a good chunk of change) and then you can trade it for native BTC on THORchain. All decentralized, no KYC, it’s kind of magical actually. They will have ETH up soon I’m told but for now BTC should be fine if you’re looking to cash out in the US.

Ah nice I was wondering if TrustWallet had a solution.

Guess I need to buy some Rune eh?
Just on speculation alone.

Yep that's the process. I generally stay away from speculation in any of the various cryptos and just stick to BTC and some ETH, but RUNE is the one exception. It's the only currently operating decentralized cross-chain AMM protocol.

Not only can you swap native BTC directly for native tokens on other chains, but you can also add native BTC and native tokens from other chains to the liquidity pools and earn a return. Native BTC - not wrapped. All of the other cool defi stuff is also in the process of being built on top of it, like synths and lending and all that.

Once you really wrap your head around that it's pretty mind blowing. Why would anyone use a centralized, bid/ask exchange again to swap cryptos if there is a decentralized option with deep liquidity pools?

A bunch of people around here were talking about it back when it was trading for around $0.50. I got a little back then but I'm still buying heavily when it dips because it's the one project I've seen that's really revolutionary.

One of you should do a more detailed post about this with proper explanations of the differences between BEP2 and BEP20.

This is very important to know about workable fully decentralised options for getting money into and out of the Hive ecosystem.

BEP2 is Binanace Chain while BEP 20 is Binance Smart Chain (Clone of ETH). That's the only thing i know :)

Do you really need truswallet? Or is it possible to do that with Metamask?

I'm not aware of Metamask being able to do cross-chain swaps, but I also haven't really checked so please let me know if it is possible!

I tried Metamask and it is only supported for ETH part of Thorswap. Trust wallet is great because you can create multi-chain account. SO you can store most of native crypto there.

Just gotta love that arbitrage, it's more like $4000 for being quicker and smarter at taking that advantage.

And some say free markets don’t work :) Congrats! Your making some good trades..

You are on the ball. Ducks in a row. Shit together.

Just, ah, make sure you remember which tree you bury it all under.

Wow you made a decent chunk of change due to the pump. Having more CUB isn't a bad idea even if we have to wish the IDOs do a great job pumping the price.

That all sounds fun!! I still havent cashed any tokens back to fiat....do you know a good blog or site that teaches how to do those transactions? I'd love to trade but need to learn how!! No doubt, Send it!! Im so happy for you!

I didnt do the LEO to Hive move but I am with you on the dumping of HIVE, in my case for HBD. When the dump takes place, which I also believe it will happen, then there will be a chance to get in at a lower level.

For us Orcas it's really a win either way considering such small amounts.

I couldn't believe that no one had taken advantage of this yet.

Lol well someone had to do it

Why is Binance forcing you to KYC by the 19th? Your in America right?

It is doing the same for me (Mexico), yesterday I wasn't able to deposit my coins so, the first thing I did was withdraw everything I had there and sent it to Bittrex. I guess it's a global measure 🤷‍♂

I moved everything from my binance account to mandala. It is binance without the limits and KYC. In fact, yesterday I sent Hive to my mandala account (for obvious reasons) for the first time. I still send to deepcrypto8... mandala IS binance, ducking the KYC requirement. Thorchain is definitely a better option than mandala...

Yeah I've actually already reblogged a post about Mandala but I still haven't checked it out.

What is your favorite path for converting Hive to fiat? I wish that was a simple process.

Wow, that was a really good trade. I was able to sell around 700 HIVE @1.24 too on Huobi. Felt pretty good riding a pump for the first time in the crypto world. Hoping to buy back at a cheaper price if it does come to that.

Oh no! you just bought USD 2 days before it collapses!

Wow smart use of your 30 minutes. By the way, how do you earn CUB tokens? Appreciate it if you could share. Thanks!

Great job! Saw the bleo price, but I'm a bit thin on bleo and short on liquidity.

Show us how it's done!

I don't know if I understood correctly, but how can you liquidate HP to liquid HIVE?

You might find this helpful... Checkout SafePal wallet, the mobile app. They have a hardware wallet too, but what you want is the mobile app. Available on both andriod and ios.

Inside the app you can instantly create an 'API' Binance global account with no KYC, 2 BTC 24 hour withdraw limit, and no annoying email validation for withdrawals.

No margin trading though, and don't think you are avoiding KYC completely as you have to download the app through Apple or Google Play, which require some identifying information.

I don't know how the mid October 'kyc-crack-down' will, or won't effect this... I suspect it will slip through the cracks as it's quite obscure.

Congratulations, very impressive trading, and a huge reward for your attentiveness to the market.