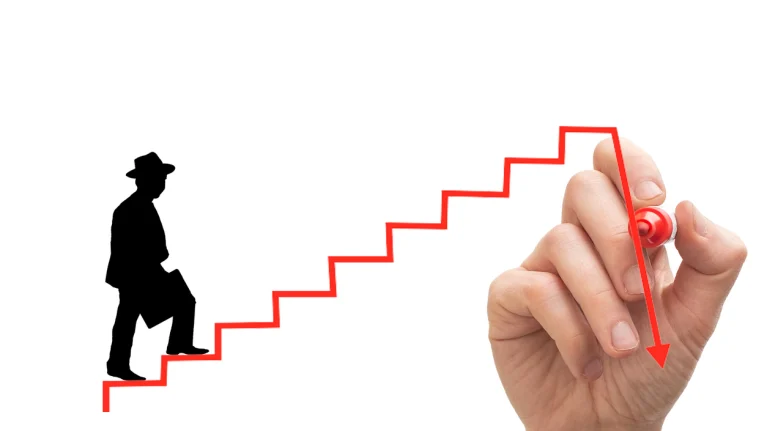 In the last ten years the doubling curve line (starting at $100 in 2013) has been a remarkable indicator for Bitcoin's price action. We often trade exactly on the curve for six-month stints at a time. When number is very high above the curve (x2-x3) it is safe to sell. When number is lower than the curve it's a massive discount. We are in the "massive discount" phase right now, and no one wants to buy (imagine that).

In fact, this is how it always happens.

Everyone always worries about the price going lower until it doesn't, and they miss the opportunity to buy in cheap, instead opting to hope it crashes again, and it never does. I'm not saying Bitcoin can't crash under $20k. I mean, hell, we haven't even begun a recession yet and we are long overdue. But I will say:

STICK TO THE PLAN

When Bitcoin was riding high at $60k+ and I mentioned the doubling curve, people said that was ridiculous. "No, Bitcoin is not going to crash that hard." Now we are under the doubling curve and again people are trying to say the obvious trendline is ridiculous. Exactly how many times must one be wrong before they are willing to admit it?

The last time BTC broke under the curve was COVID March 2020. A flash-crash and a V-shaped recovery did not merit taking away the title of "support" to the trendline, but this time is different. If Bitcoin doesn't return to the curve soon (1 or 2 months) then it really only acts as support when the legacy economy and the stock market are in a bull market. We've never seen what Bitcoin does during a recession. But we are about to find out.

There is a very high chance that Bitcoin acts in a way that is wholly unexpected during this upcoming recession, but in retrospect it will make sense. Then, during the next recession, the market will assume Bitcoin will do the exact same thing and bet around it, but those bets are going to change the outcome yet again. We see how the market tries to price things in early and fails at doing so most of the time.

Where is the doubling curve now?

Well, we are 8.5 years into the trendline.

We are so far underneath that number it's not even funny.
The market is so oversold right now and everyone demands we crash lower before buying in.

STICK TO THE PLAN

I ALWAYS regret not sticking to the plan. Always.

Just recently I lost $12k by not sticking to the plan and I kept my long open instead of liquidating it at a slight gain at the beginning of the month. Gah! WTF! Bitcoin at $20k? Wow, that's the number we've been waiting for all along.

If you could go back to your former self when Bitcoin was trading at $60k, and get an update on the current price, your former self would be screaming for you to buy the damn dip. Yet here we are and everyone is shaking in their boots. Again, this is how it happens every time. People get greedy and overleveraged and they don't even have the money to buy the dip. Just ask Michael Saylor.

Buying at $20k was always the plan.

I mean obviously I don't speak for everyone, but for me personally this was the obvious buy-as-much-as-you-can level. There is so much support under $20k that anything lower is just grinding rock bottom. Look how many longs have been liquidated. Bulls need some time to regroup here, and this isn't a difficult level to support considering the circumstances.

How does HBD look?

Wow, much better than expected.

The last time I looked at this number the haircut would have come into play at 25 cents. Now enough HBD has been destroyed that we are down to 19 cents. This is actually pretty impressive considering that HBD pays 20% interest these days.

There's a very good chance that HBD is doing its job and people are converting HBD into Hive at these low levels without dumping that Hive on exchanges. In essence we can buy Hive off-the-grid simply by destroying debt. Pretty cool.

As a reminder: a 20% gain (even in USD) is better than the vast majority of professional investors out there. HBD is a great deal, and it's only a matter of time before the adoption of it spins up Hive to the moon (if only for a moment).

By the time Hive gets down to 19 cents, more HBD will have been destroyed and the haircut will be even lower than 19 cents. Of course I don't think that Hive will ever get to 19 cents. Support in the 20-25 cent range is massive, and we just spiked up to 40 cents as I was writing this post. Interesting.

Our next hardfork is one of the biggest (if not the biggest) hardfork we've ever done. We are going to get HAF and instant block confirmations and RC delegations and account token fungibility and more optimizations. It's a big one, and the last one (HF25) was a big one as well. Hive is doing very well in the development department.

This latest dump had me worried. Not because of the money I "lost", but because if we keep crashing I may find myself in deep shit. Now that the market has evened out a bit and we are grinding above this $20k level the shock has mostly subsided. It's time to refactor. Stick to the plan.

We traded above the doubling curve for 18 months straight all the way back from Q4 2020. We very well may trade under it for another 18 months. It's very hard to imagine BTC making a V-shaped recovery from here considering how jacked up the economy is right now. The best we can hope for is a rock-bottom sideways grind at this point between $30k and $20k.

So while the doubling curve may no longer be a support (because of this impending recession) I still have faith that it will be a very valid trendline that comes back into play eventually. We have to assume at this point that this line may flip into resistance during legacy bear markets. And who's going to argue with that? At this juncture no one is going to deny that $36k is a huge resistance line. Hell, it requires a 71% gain just to get back to where we should be. Pretty wild. Wen moon?

Looking at HBD, it tends to be keeping up real good.

Bitcoin is definitely oversold, the bears have not much(if any) to dump the markets, we're likely going to see the slow markets for a long while that not many fancy...

by sticking to the plan do you mean hodling?

The plan has always been to buy bitcoin under the doubling curve.

I know right . Definitely a no brainer..

How does HBD look?

Wow, much better than expected.

HBD is doing much better than I expected too.

What's your take on HBD leaving Upbit for what I take is the internal market?

Good or bad and why?

Just wondering, but what is destroying all of this HBD? I assumed that only conversion between HBD to Hive would destroy HBD.

I think you have been the siren in the mine for a long time, and you are in fact right. It is a good time to buy Bitcoin, and if it goes lower, it's still okay. DCA and stick to the plan.

I’m buying these dips for sure! Went in with a bit extra so now I have a good cushion and waiting to see if it goes lower.

I which I knew about the doubling curve before the crash!!

It is certainly incomprehensible, these pullbacks are extraordinary buying opportunities, but fear has paralyzed both big investors and traders, I think the reason for all this is the whole context that the economic and financial structures in the world are going through, that adding to the projects to regulate cryptocurrencies, economic sanctions, and the recent announcements of the FED are conditions that create doubts whether the cryptocurrency market can continue to plummet even more, and just the fact of not being able to project what will be the bottom paralyzes any intention to buy.

I will be a doomsayer and predict that BTC will go down somewhere between 10,500 and 14,000 at some point during this year. I hope I am wrong.