Bitcoin: The Real barrier to entry. 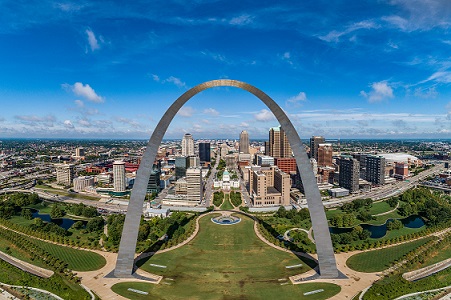 Most people think the barrier to entry for Bitcoin is the price per token.

Price valuations for Bitcoin have gone completely insane. Anyone can look at a chart and see that 1 Bitcoin used to cost $1. I personally remember when we hit $1 parity and I was thinking "seems kind of overpriced". Then I did the math on the 21M total cap and realized a $21M market cap was still absurdly low. Now we have made it to the trillion level. No sweat.

At these levels, the doubling curve is going to catch up to the current price by the end of June. That's powerful. The curve is increasing $2000 a month during a period where the greater legacy economy has never been more uncertain. Bitcoin has a great buffer going forward.

Unfortunately for the rest of us, that fantastic "buffer" is really all the liquidity and value stored inside the alt market. When shit hits the fan Bitcoin is going to cannibalize the alt market hard and increase dominance back up to 60% like we've already seen multiple times now. No matter what happens the answer is still the same: buy some more Bitcoin. Because again, the barrier to entry is at all time lows:

THIS is the real barrier.

It's the trading fees.
How much does it cost to move BTC from one wallet to another?
Look at those numbers!
We have crashed all the way down to the minimum fee of 1 sat/byte.
This assumes you're willing to wait an hour instead of ten minutes.
But still, that's powerful.

Seriously, look at how insane that is.

We can legit move millions of dollars around right now, with the full security of the worldwide Bitcoin network, for 10 cents a transaction. Doesn't get much better than that, yet people are still hesitant to buy Bitcoin. Why is that?

Really? A waste of energy?

The only reason why people believe this propaganda is that they don't understand what the energy is being used to do, so they call it a waste. They do not understand (or even know about) The Byzantine Generals problem. Their opinion is irrelevant because they are simultaneously uninformed and also trusting the wrong sources of information.

Seriously, think about it:

Would we add up all the energy expended by transportation (cars, planes, etc) and then make the claim that 100% of that energy expenditure was a "waste of energy". Obviously not. That's an absurd statement. People and products need to get from one place to another. Logistics is one of the most important things in the world economy. And yet that's the exact same logic people use to calculate that 100% of POW mining is a "waste of energy". It's an absurd notion propagated by the uninformed and seeded by the exact people that crypto threatens.

On July 25th, 2021 I made this prediction that 2023 would be the "year of the maximalist". I assumed we were going to get that mega-bubble by now and that such a mega-bubble (combined with a recession) would crush the alt market and once again make Bitcoin the dominance crypto asset.

Right for the wrong reasons

I still believe that my conclusion was totally correct: 2023 will still be the year of the maximalist. It's going to outperform everything. Every stock, commodity, and altcoin will get stomped by Bitcoin in 2023. While the mega-bubble never happened, the recession is still imminent. This actually makes the prediction even more relevant.

Because Bitcoin isn't overbought. We are very close to the doubling curve so we aren't even in a bubble. If we enter a recession while Bitcoin is trading on the curve it's going to outperform everything and grind down the alt-market pretty badly. For some, this will be a tragedy. Hopefully the rest of us will spin it as an opportunity to stack up on Bitcoin and buy back into alts after they get wrecked. 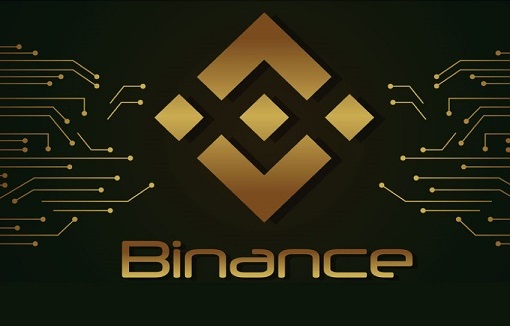 Even though the price of on-chain transactions for Bitcoin has cratered to the bare minimum, none of the centralized exchanges are paying it forward and allowing their users to exit at the lower fee. That's corporations for you I guess. Binance is moving around Bitcoin for 10 cents a transaction and then charging users 0.0005 BTC to exit. Yet another reason to seek out badass decentralized options like ThorChain.

The scalability and growth of Bitcoin is fully dependent on the price that it costs to actually use the network. That price (1 sat/byte) is currently at it's lowest levels ever. In fact, it can't even go lower than 1 sat/byte. This is the best possible deal we are going to get.

The ability to utilize the Bitcoin network right now for 10 cents a transaction is huge, and no one is even talking about it. Hash rate for Bitcoin is at all time highs, which means that the Bitcoin network is more secure now than it ever has been. There's also a correlation between high hash rate and high price. Something is amiss when hash rate is at all time highs but transaction fees are at all time lows. This is the perfect opportunity to stack up on more Bitcoin before the year of the maximalist (2023) kicks in.

And do you think that the option of $1 per bitcoin is quite possible? This thought came to me, but I tried to drive it away). If so, then it will collapse even to a tenth of a cent, so that, then, it will fly up to the moon, which everyone has been waiting for.

And do you think that the option of $1 per bitcoin is quite possible?

Hm no that is fully impossible.
Why would you think I implied this?

This is how the translation shows me, I doubted that I was on the right path, but I re-read it several times. Yes, and the arc in the picture, as I understand it, was supposed to illustrate the rise and fall at the origin.

But Bitcoin started at a value of $0 so why would $1 be the origin?

Thank you for your explanation. Honestly, lately, more and more often the thought has come that bitcoin is plotting something insidious, a complete collapse. Probably, this is what a speculator would have done, who was going to take advantage of the panic in the market and buy back most of the coins at a low price. Now, I will sleep peacefully.

I was thinking today of exchanging all my alts for BTC, but it doesn't seem right. I don't know why but I still believe alts are going to outperform BTC this year. You're right with Binance. It charged me $17 for an $800 BTC transaction.

I like what you say about newbie fear. I got .2 btc as change for a transaction in 2013. Never bought more or DCA into at all. I still have .2 . Just imagine lol.

But I rarely think about btc anymore. It matters to me but I have to focus stacking that hive. It's my best shot.

Yeah Hive is good but a combination of Hive and Bitcoin with volatility trading between the two can build a ton of value. I was able to buy a ton of Hive with Bitcoin at 200 sats in 2020 for this exact reason. Invest in Bitcoin when Hive spikes, invest in Hive when Bitcoin spikes.

Way easier said than done. I have tried a little of that in the past with other tokens and I get smoked. Even when sticking to rules I'm unsure of myself. When I get to 10,000 hive and 10,000 HBD I'm going to have to go more into something else and hopefully by then I'll be skilled. Watch me lose somehow on phive-poly tomorrow lol.

I don’t think Bitcoin dominance will go back to 60 % or more. Too many alts are growing up now. That’s why main position is and will stay at Hive!

Hive is a good place to be as well, but it's good to have both.

BTC is better for transaction to than before. I remember sending $100 costs me 10000 sats. Not exactly sure but it was a few dollars in fees. Now I think it's only costs $0.30 each transfer. It's definitely a more viable option now !

What is the cost to transfer Bitcoin from one hardware wallet to another on bitcoin natwork?

I don't even use BTC to transfer money but I didn't even realize that it could get to 1 sat/byte. It makes me wonder if that is even possible because it sounds like the transaction could take forever if you only pay 1 sat. Of course, I could be wrong because I am considering things from the view of the networks I have been using.

Sometimes I wish I bought over 10,000 BTC 10 years ago when it was just one cent Maybe with my school fee so that I can smile today But nevertheless we still hope on something else Thank god for hive