Opportunities That Slip Through the Cracks... My Bitcoin Story!

@denmarkguy 75
about 2 months ago
LeoFinance

Have you ever come across an opportunity that promised to be amazing, but for any number of reasons, you chose not to get involved?

Perhaps there was a cost to participate, and you didn't have the money. Perhaps you had a prior commitment. Perhaps it just didn't seem "sensible" at the time, so you skipped past it. 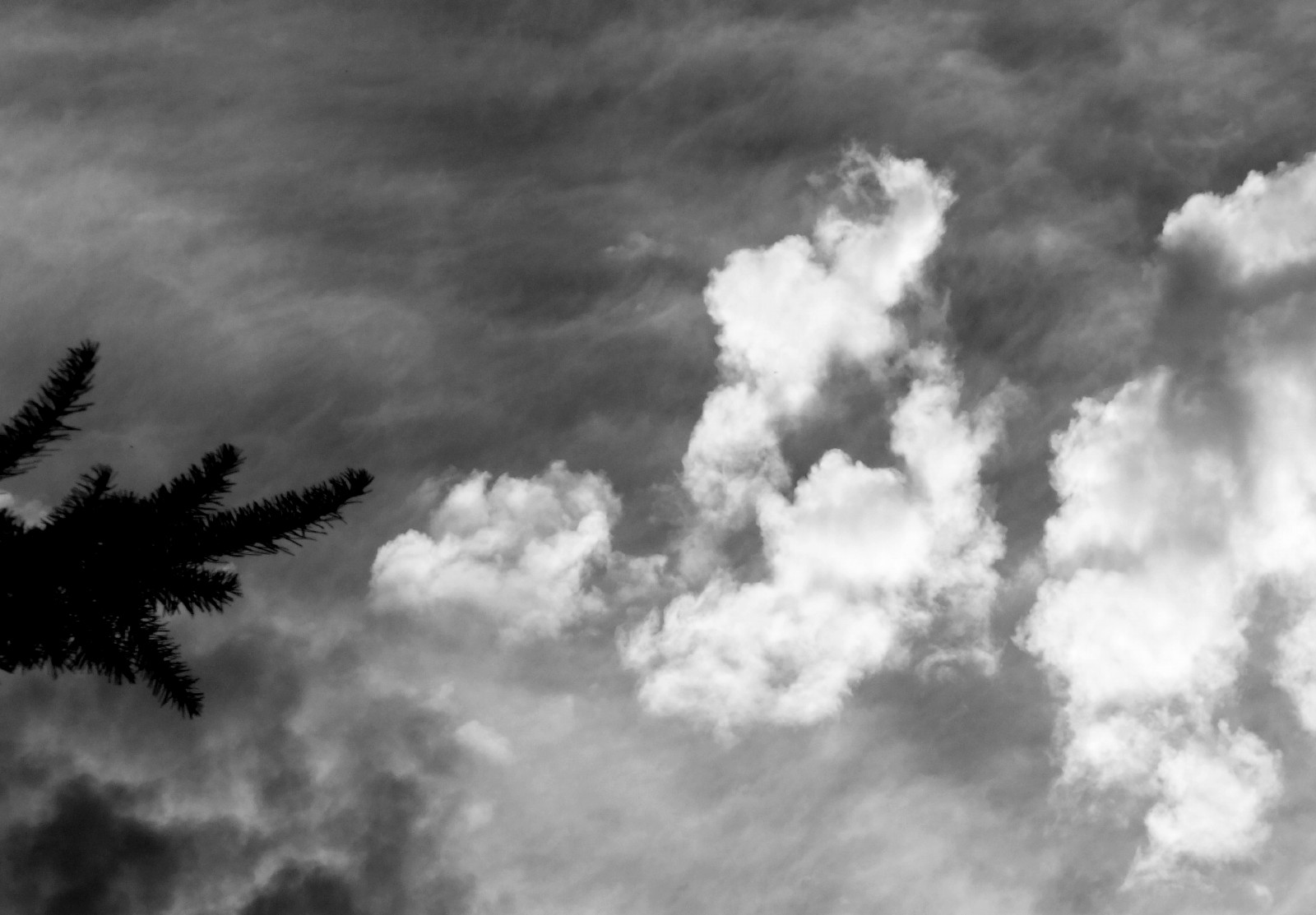 Lots of us wish we had invested in Bitcoin in the early days... but were we actually standing there with cash in hand but decided against it?

My own such story is that I was standing in our kitchen during the holidays in 2012, listening to my sister-in-law excitedly telling me about this new "Digital Internet Money" called "Bitcoin."

Although she was not at all a tech geek, she thought I might be interested since I was "into computers." She'd learned about it from a guy who'd helped her remove some malware from her computer... she pretty much only used her computer for Facebook and sending email. 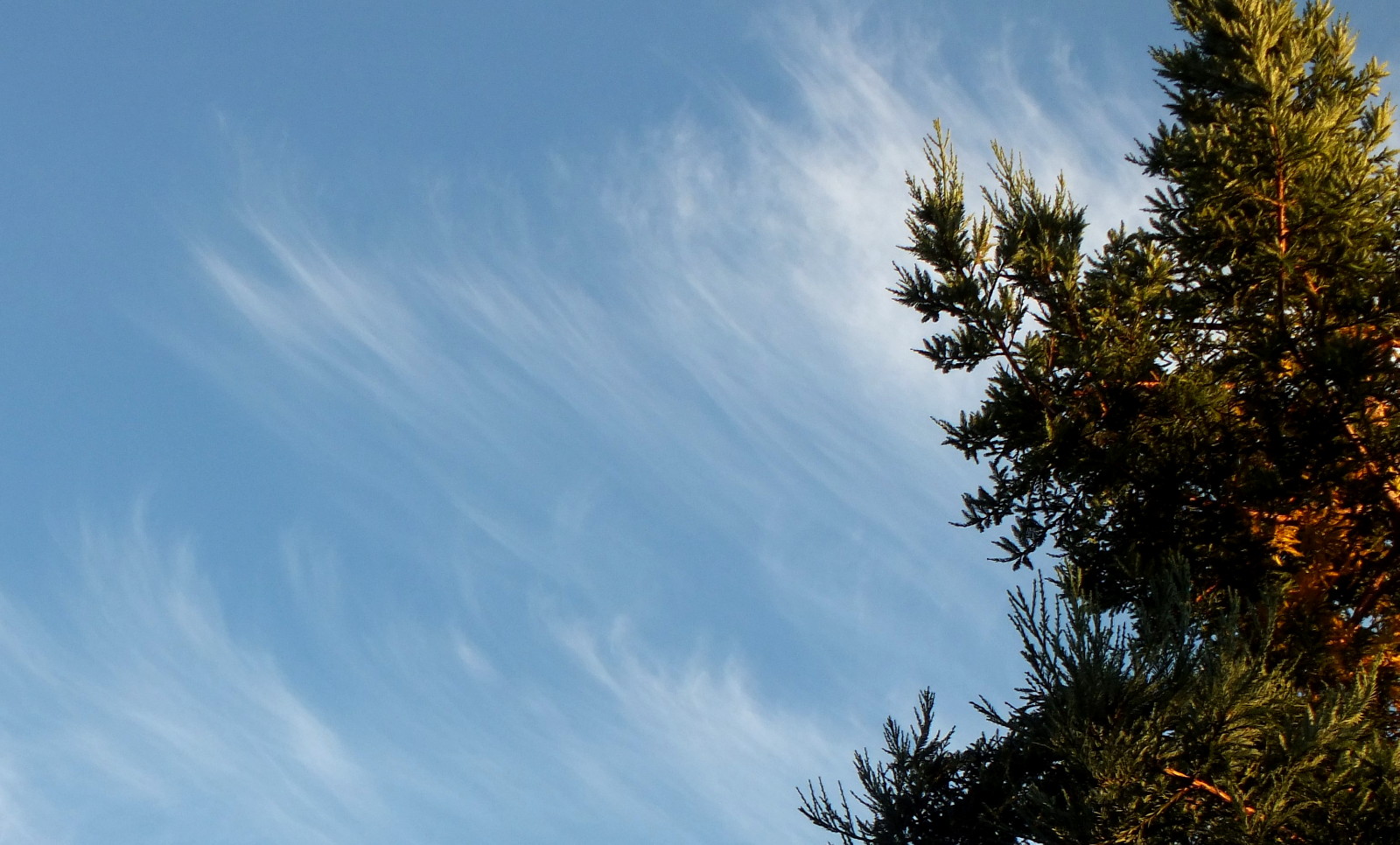 Although I was skeptical, I did do due diligence and tried to research Bitcoin (remember, this was last 2012, folks!) online, but didn't come up with a whole lot.

However, I did my best to understand the whole "mining" thing (which was buried in layers of impenetrable techno-jargon in 2012) and struggled to understand the point of it. To be honest, I was far more interested in the idea of an alternative "off the books" currency than mining it.

Still, maybe there was something to it? Using your computer to solve complex math problems?

Of course, it turned out that this "mining" would require a specialized computer with a supercharged CPU which my home machine certainly didn't have. And I didn't really have the money to spend on something untested like that, and I didn't have the technical savvy to set it up, anyway. 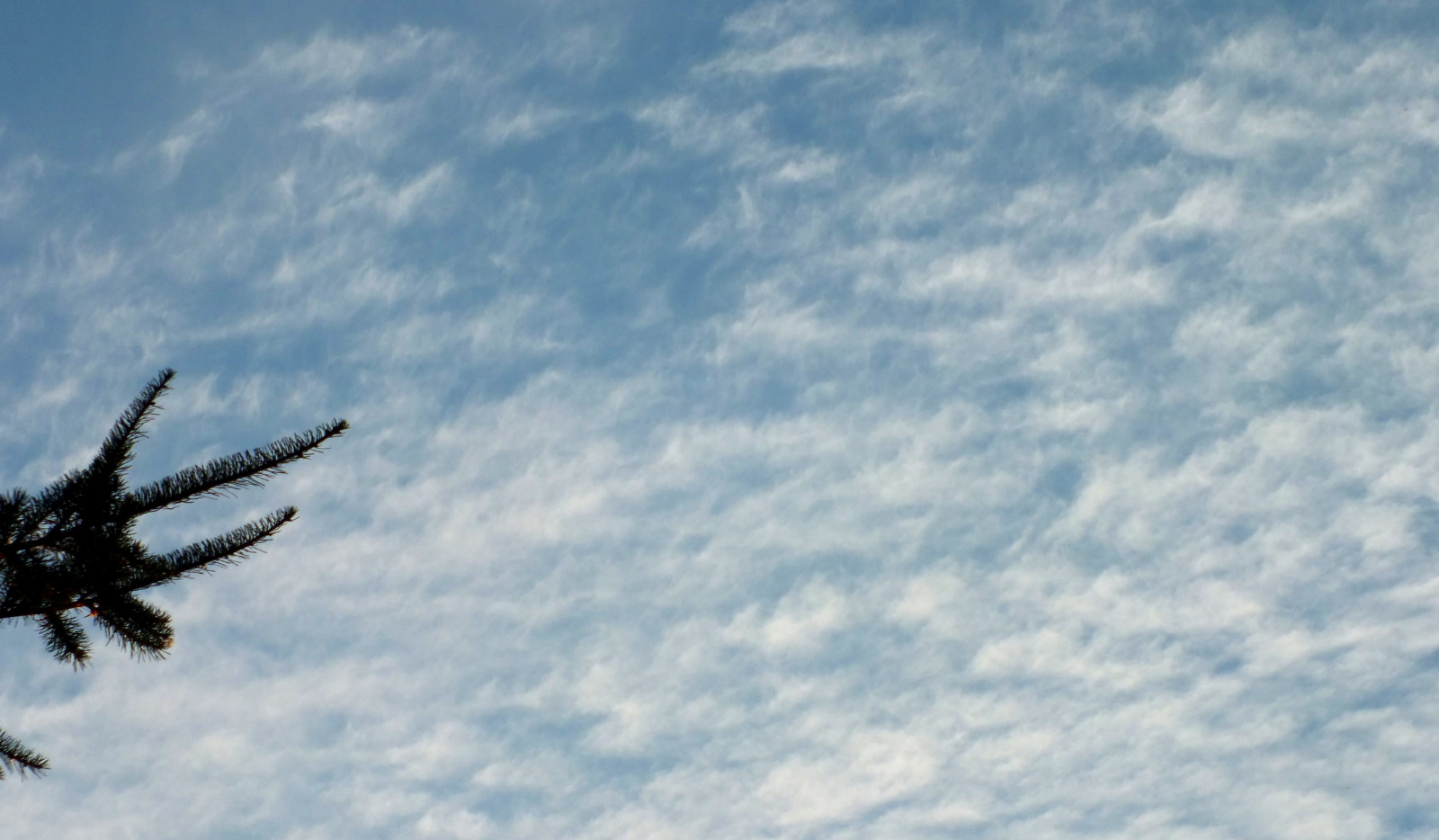 But I thought I could at least try to BUY some Bitcoin, just for grins.

Of course, buying this "invisible money" was a bit trickier to understand and negotiate. The closest to an understandable way of doing so was a fairly new "gateway" called LocalBitcoins which put buyers and sellers together.

I figured I was willing to throw about $400 at the idea — mostly as a "throwaway investment" (HAH!) — which at the going rate of about $13-14 would have given me about 30 Bitcoin. The only reason I was even willing to take it that far was that this whole "blockchain" idea seemed to at least be cheat/fraud resistant. I liked that.

As it turned out, there were precisely two people listed as sellers of Bitcoin in the greater Seattle area. There were a couple more who were "willing to travel" for $2,000 or more, but I wasn't about to do that! 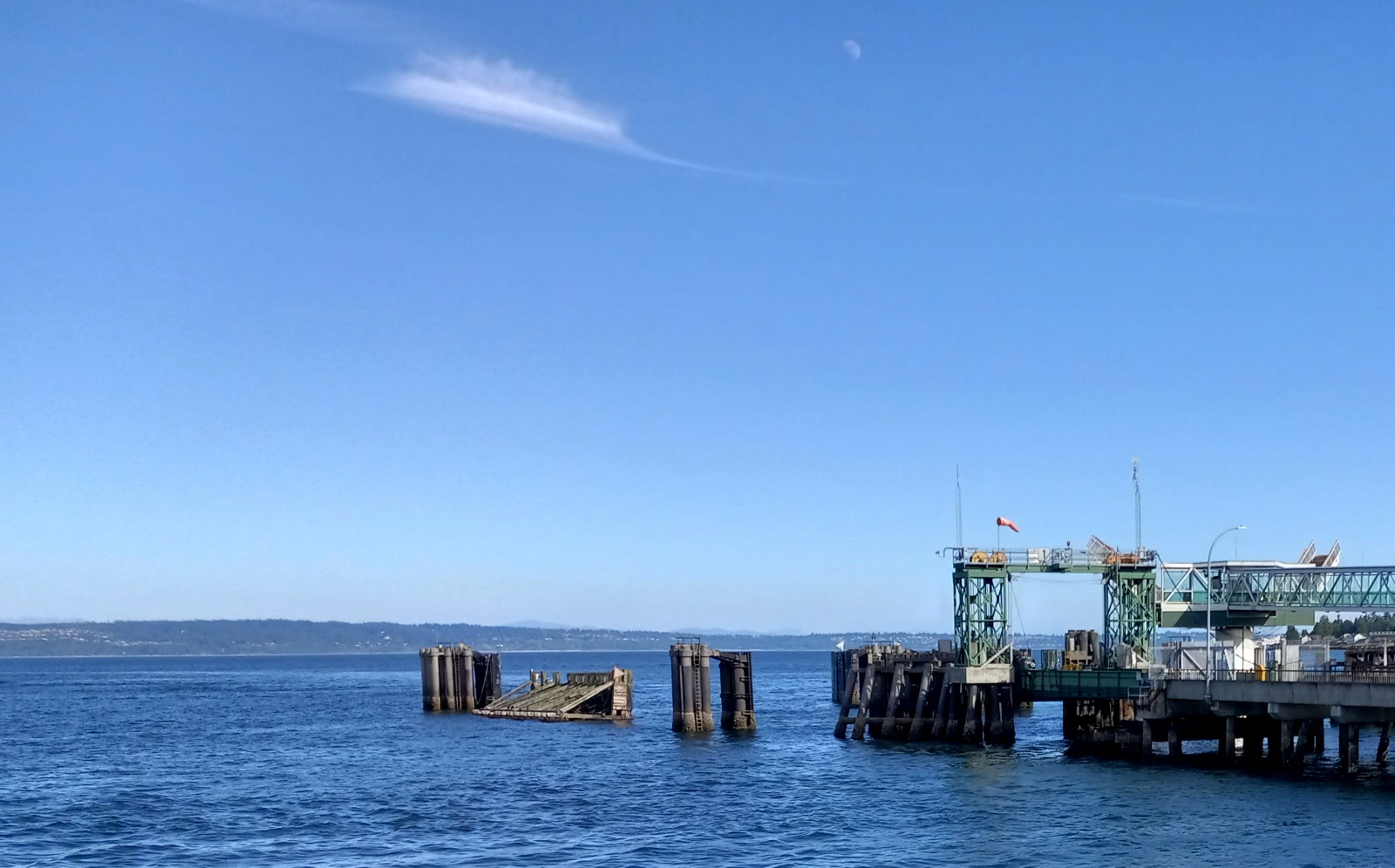 I pondered the whole thing for a couple of weeks and got very close to "go time!"

Alas, I got cold feet when the actual deal required me to drive some 40 miles to the outskirts of Seattle where I would meet this "broker" in a Starbucks where I would hand him $400 cash and he would give me a piece of paper (which I now understand was a "paper cold storage wallet") somehow proving my ownership of this digital money. It just seemed very "black market" and clandestine, so I decided against scheduling that final appointment.

How about YOU? Do you have any investing "close calls" that you missed? Either with cryptos, or in conventional investing? How do you feel about it, in retrospect? Comments, feedback and other interaction is invited and welcomed! Because — after all — SOCIAL content is about interacting, right? Leave a comment — share your experiences — be part of the conversation!

Greetings bloggers and social content creators! This article was created via LeoFinance, a blogging community that's part of the Hive Social Content Experience. If you're a blogger, writer, poet, artist, vlogger, musician or other creative content wizard, come join us! Hive is a little "different" because it's not run by a "company;" it operates via the consensus of its users and your content can't be banned, censored, taken down or demonetized. And that COUNTS for something, in these uncertain times! So if you're ready for the next generation of social content where YOU retain ownership and control, come by and learn about Hive and make an account!

Proud member of the LeoFinance Community on Hive!

(As usual, all text and images by the author, unless otherwise credited. This is original content, created expressly and uniquely for this platform — NOT cross posted anywhere else!)
Created at 20211012 00:15 PDT
0366/1607

@oldtimer 76
about 2 months ago

I was looking into it at 200 CAD. Before I manage to find a proper wallet it was 300 CAD.
I said to myself: now is too expensive.

Started buying later on at 3000 CAD and exchange it right away to Steem which was 3 CAD at that time. I'm talking 30 BTC here.
What a mistake...

and exchange it right away to Steem

Yep. All my early (2017) BTC transactions were exchanging it for Steem. Until I switched to using LTC instead! 😂

Dang! How does one recover from that

ohhhh meee... lol... 2016/17 i worked with a girl who was putting about 10 - 20% of her substantial wages into ETH and XRP (and a number of other small holdings) i didn't understand crypto at the time and the fact she was buying several ETH a week / month was like gobbldy gook to me. She TOLD me... GO AND BUY some...

She has a fancy car, penthouse and fancy life. I am still cleaning other peoples poop.

BUT she DID get me into an alternate view on money. I'm now interested in crypto and happily understand more and more each day.

oh how i wish i had bought a couple of ETH a week... i had the funds at the time. At least i bought $20 of DOGE coin... which was certainly worth the newbie punt

My biggest miss would be splinterlands. I got in easily to be in a lot of money right now but I sold--most of what I had and now I look like the clown 🤡.

Just one of those hard lessons we have to learn.

Ouch... It's always interesting to hear others' stories about their beginning with crypto... It's kind of consolation for us who did the same mistake... lol...

My first contact (and purchase) of Bitcoin was in 2013 when I bought 1 BTC, but after some dump, I sold it like the biggest noob ever...

After the price pumped up again, I said I will never go back into crypto... And I didn't... lol... Just kidding... I think that my promise lasted like 1-2 years, and I got into ETH mining and all other stuff... :)

@novacadian 60
about 2 months ago (Edited)

A friend, who was boarding at my place at the time, pulled me into Bitcoin kicking and screaming. It was in 2012-2013. He was down on his luck in the fiat world yet was pumping BTC out with graphics cards in his room upstairs. Any time we shared pizza or beer; or times when he needed a credit card to make an online purchase he would ask if he could pay his share or cost of purchase with BTC. Like you, the blockchain concept was interesting to me yet it "was not money". However to my present day relief the BTC was excepted as payments from him almost out of pity for his being down on his luck. Of course today it's clear that it was me who was getting the favor.

By about 2015 the value of his favor was clear enough to me to doubled down during the 2015 crash and have been buying modest amounts into dips every since.

If memory serves BTC was $30-$40 during the period he was staying at my place. He moved in on social assistance and moved out a millionaire.

Wow! You were that close to someone knowledgeable about the system. At that time I hadn’t even heard about it

Yeah he went on to be the main dev for DevCoin which is merged mined with BTC. It was one of the original ALT coins. You can find out a bit about it here on HIVE at @devcoin if interested.

It’s all good, well, look at you now slinging Hive and other Hive engine tokens and perhaps other coins too like a pro. 10 years down the line from now will be so interesting

I saw Rune at 0.13. I didn’t understand it so I let it pass, I bought in at $3 eventually. I’m still up in profit though but not as much.

I think my worst has to be not investing in Splinterlands as much as I should have or could have...I got in early, I knew it was going to be big I just didn’t know when, I had the resources to make my deck worth 10x more than it currently is and slept on it, now it hurts every time I remember because it could have been my big break.