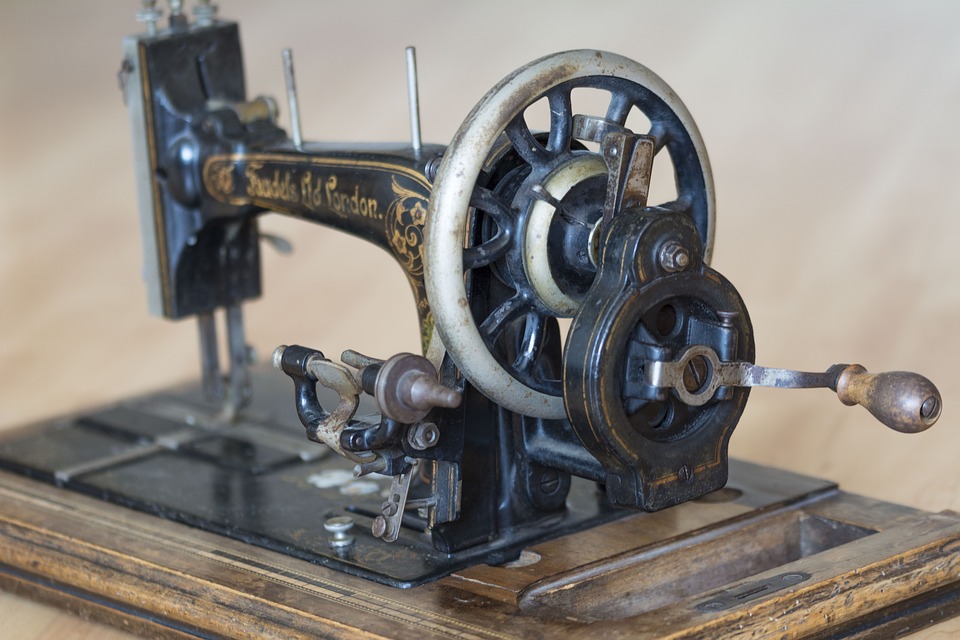 This has to do with my grandma, when she was young and sewing machines were new at that time.

My grandma had a big knife and was cutting into a mango. Well, this is the story as I remember, as my mom told it me. She, my grandma at a young age was in a hut that was on stilts.

A car drove up to the hut, I picture the car to look like a model T for something like that since this was a long time ago, I believe even before my mom was born, I believe this happened in either the Philippines or Hawaii.

Well, my grandma could hear the car full of men talking, and one of the men came and walked up to the steps of the hut on the stilts, but stayed on the ground and called up to my grandma and told her that they have a sewing machine in the car and wanted to know if she wanted to look at it.

My grandma could see what might happen if she would go down and look at this sewing machine, and she raised her big knife to the man below and she said, If you take one more step toward me, you are a dead man.

So the man backed up and went back to the car full of men and told them and my grandma did hear it, This one is too strong.

You see this was a time and place where men would steal women for wives. I would imagine they wanted my grandma to go down and look at the sewing machine and the other men would over take her and force her to marry one of them.

It is a good thing that they left her alone as I would imagine, if they did take her that she might do something to them in their sleep.

Let's end with scripture, as it is written, Then Jael Heber's wife took a nail of the tent, and took an hammer in her hand, and went softly unto him, and smote the nail into his temples, and fastened it into the ground: for he was fast asleep and weary. So he died. And, behold, as Barak pursued Sisera, Jael came out to meet him, and said unto him, Come, and I will shew thee the man whom thou seekest. And when he came into her tent, behold, Sisera lay dead, and the nail in his temples. Judges 4:21-22.

If you enjoyed this blog, please upvote and follow.
Thank you, David.
Image is from pixabay.com.