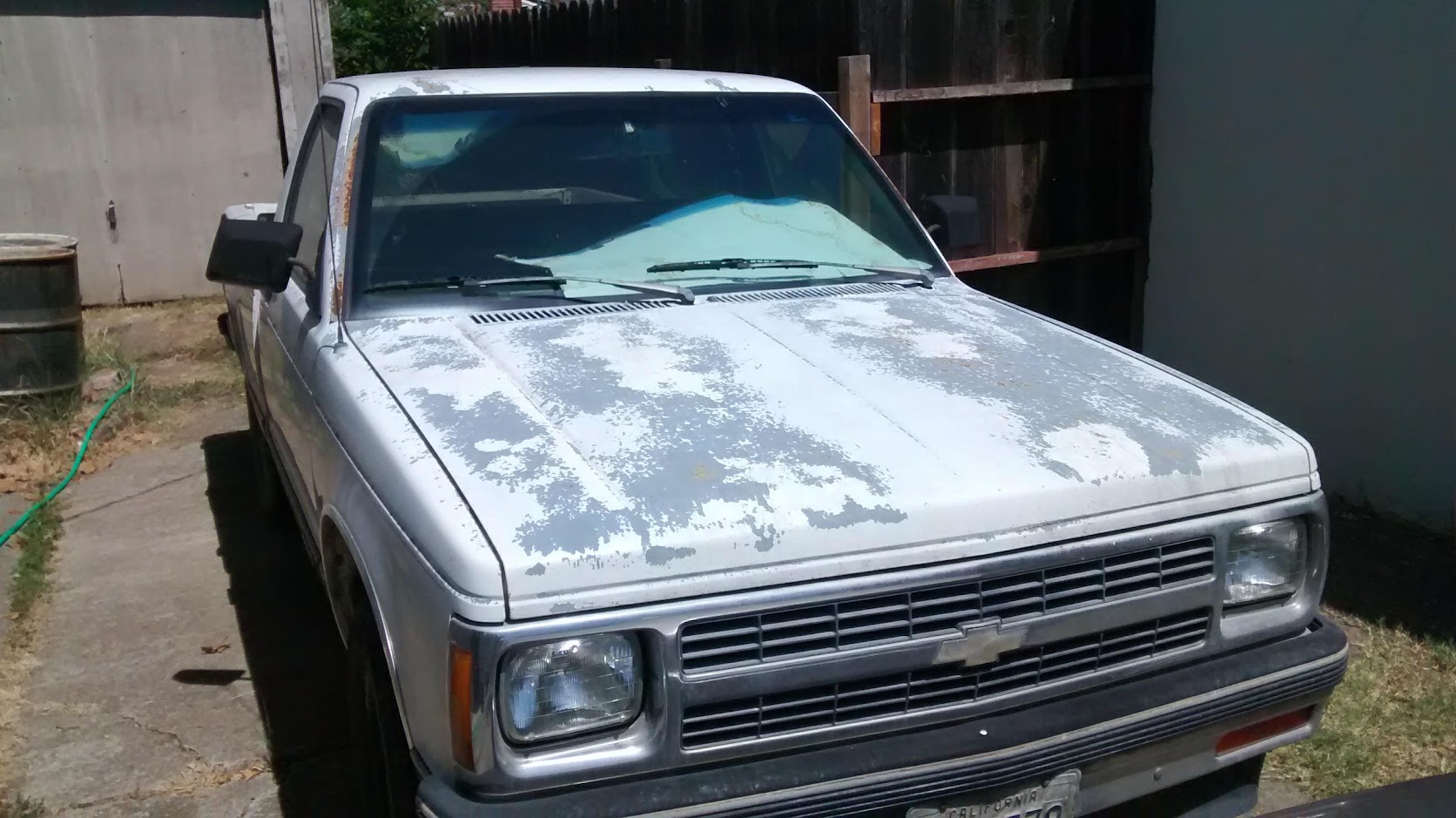 Every two years I am to get my 91 Chevy S10 smog checked. Here in California, I think we have the toughest clean air acts. That sounds funny to me, cause it seems to me that we have the most state fires, but that is a story in itself.

So to prepare for such a smog check I went to my gas station to get some premium gas the day before the smog check. I normally buy unleaded regular gas cause it is less expensive, but I have found by experience that it does make a difference, to me that is. You see if you read articles by some, they mention that it doesn't matter in a smog check, but I find differently.

Well, my 89 Nissan Sentra did pass and the only thing I did differently to that car was to add premium gas to the car, so by experience I find that it does make a difference, well for my old vehicles that is. Maybe in a newer vehicle, it won't make a difference like some writers say.

Let's get back to my 91 Chevy S10, so the day of my smog check I went to get my oil changed. They say that it is better to have a fresh oil change, before a smog check. Well, the oil was dirty looking anyway, so that is what I did. I had a coupon to a certain lube shop for $30.75 for an oil change. After fees and taxes the oil change is $37.44 out the door.

As I brought in my truck the guy was to drive it into the bay, but he seen that my truck is a stick shift. Well, I guess he doesn't drive a stick shift so he had another guy drive it into the bay where they change the oil. Here in California I think most people just drive automatics. I know when I used to rent cars, I did that when I only had one car and when that car had to go to the mechanics for a few days then, I would rent a car. I could never rent a stick shift cause they didn't have stick shifts to rent, probably cause hardly anyone here drives stick shift anymore. I know that in Europe almost everybody drives stick shift. Well, one good thing about driving a stick shift is that you can't text and drive at the same time and that is a good thing.

So after I got my oil change I went on to the freeway to get the engine hot. It is always good to have a hot engine during smog check time, it would be a lot better than coming in the smog check with a colder engine. Then I drove to the smog check place that I always go to.

I had already printed out their coupon from their website so I get 10 dollars off. It normally costs 70 dollars for cars that are 1995 and older. It cost more for older vehicles cause there is a different machine that checks the older vehicles. So it would cost me 60 dollars out the door if the vehicle passes its smog check.

I hand the guy my registration and they scan it to that if the vehicle passes the results are sent directly to DMV electronically. That reminds me that I have to write a check to the DMV to get my tags.

Well, after some waiting and watching the guy look at and test my vehicle I still get nervous just in case it doesn't pass. If it doesn't pass, then I may have to go to my mechanics and try to fix whatever is wrong so that it will pass.

My friend that lives in Michigan tells me that they don't have smog checks like we do and that the air is as clean as it could be. Well, I am not so sure about all this smog check stuff, I know that it is another way for the government to get some more money and sometimes I wonder if politicians that make less than $200,000 a year have multimillion dollar mansions might be scraping some of that money off the top and pocketing it. Well, that is my opinion anyway.

Well, the vehicle did pass and now I don't have to worry about it until this time in two years, in 2023, God willing, that is.

Let's end with a scripture, as it is written, with Jesus speaking, I am the vine, ye the branches: He that abideth in me, and I in him, the same bringeth forth much fruit: for without me ye can do nothing. John 15:5.