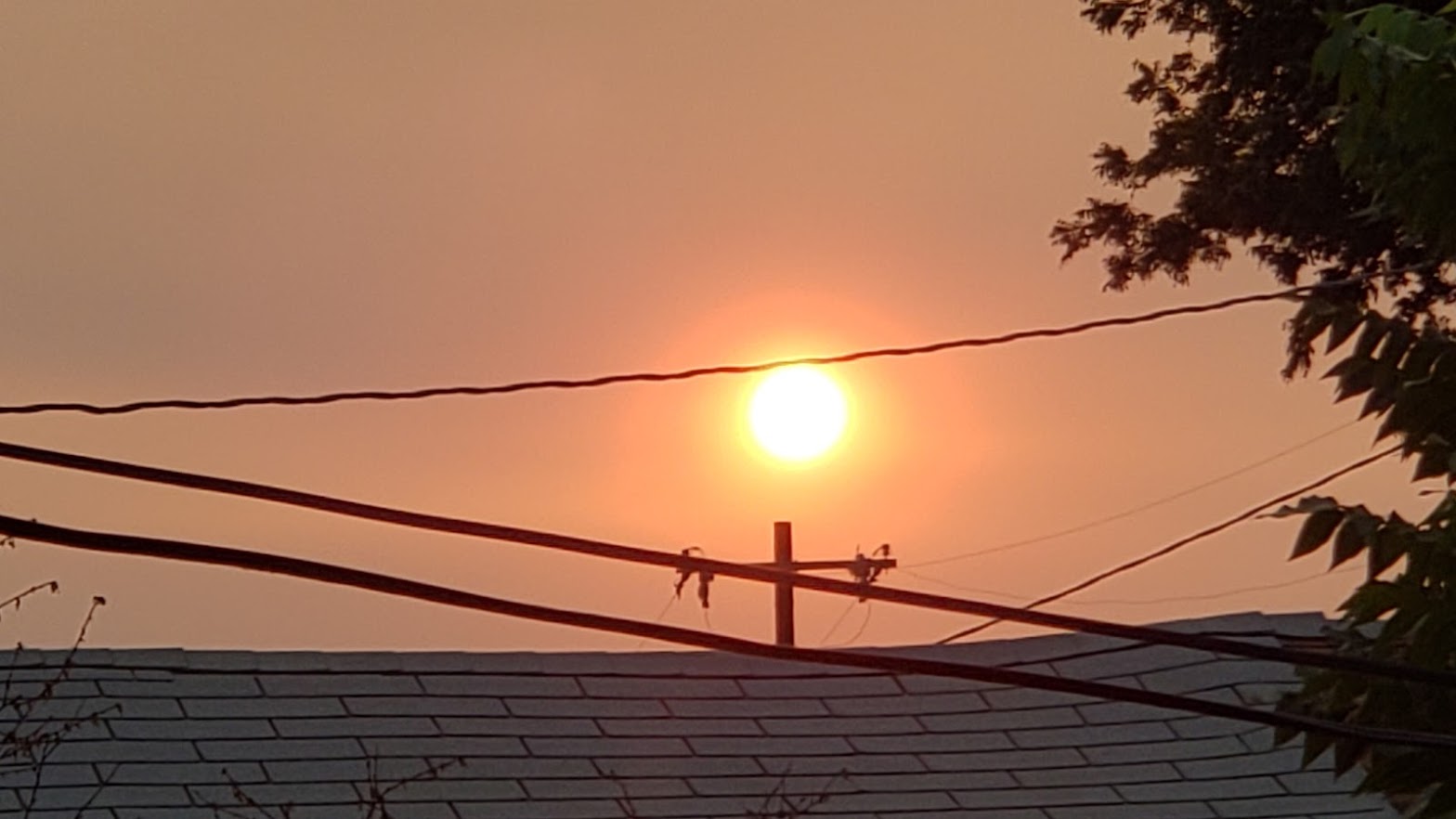 I took this picture yesterday, in the late after noon. It looks like there is smoke. California always has fires. I don't even know where the fires are anymore.

I think it is all arson. Look how Newsom didn't get recalled. I don't know anyone that wanted to keep Newsom and yet my old union writes to me and tells me to vote no on recalling Newsom.

So what is going on? Well, did you know there is an article written in the Western Journal called, Soros Scrambles to Keep Newsom in Power: Drops 1 Million in Anti-Recall Campaign, it is dated September 3, 2021.

So if Soros wants his man Newsom to stay in office to fulfill his agenda then, it is all evil. This same Soros that pays Antifa and BLM.

The same George Soros that pays Fox news to the point where Newt Gingrich tried to explain what George Soros is doing and the news ladies on that news shut him down.

This is how much power this George Soros who wants to destroy America, well, how else can they bring in the new world order?

Now the news will blame climate change, but the news is George Soros influenced, so they say what he wants them to say, and anyone that goes against the agenda gets fired.

So my picture of the sun is filtered through the smoke. The sun, which has been taking a portal in a wider circle, I got that from reading the book of Enoch.

Let's end with a scripture, as it is written, While the earth remaineth, seedtime and harvest, and cold and heat, and summer and winter, and day and night shall not cease. Genesis 8:22.

If you enjoyed this blog, please upvote and follow.
Thank you, David.
Image is mine, taken with my Samsung Galaxy Note 9.