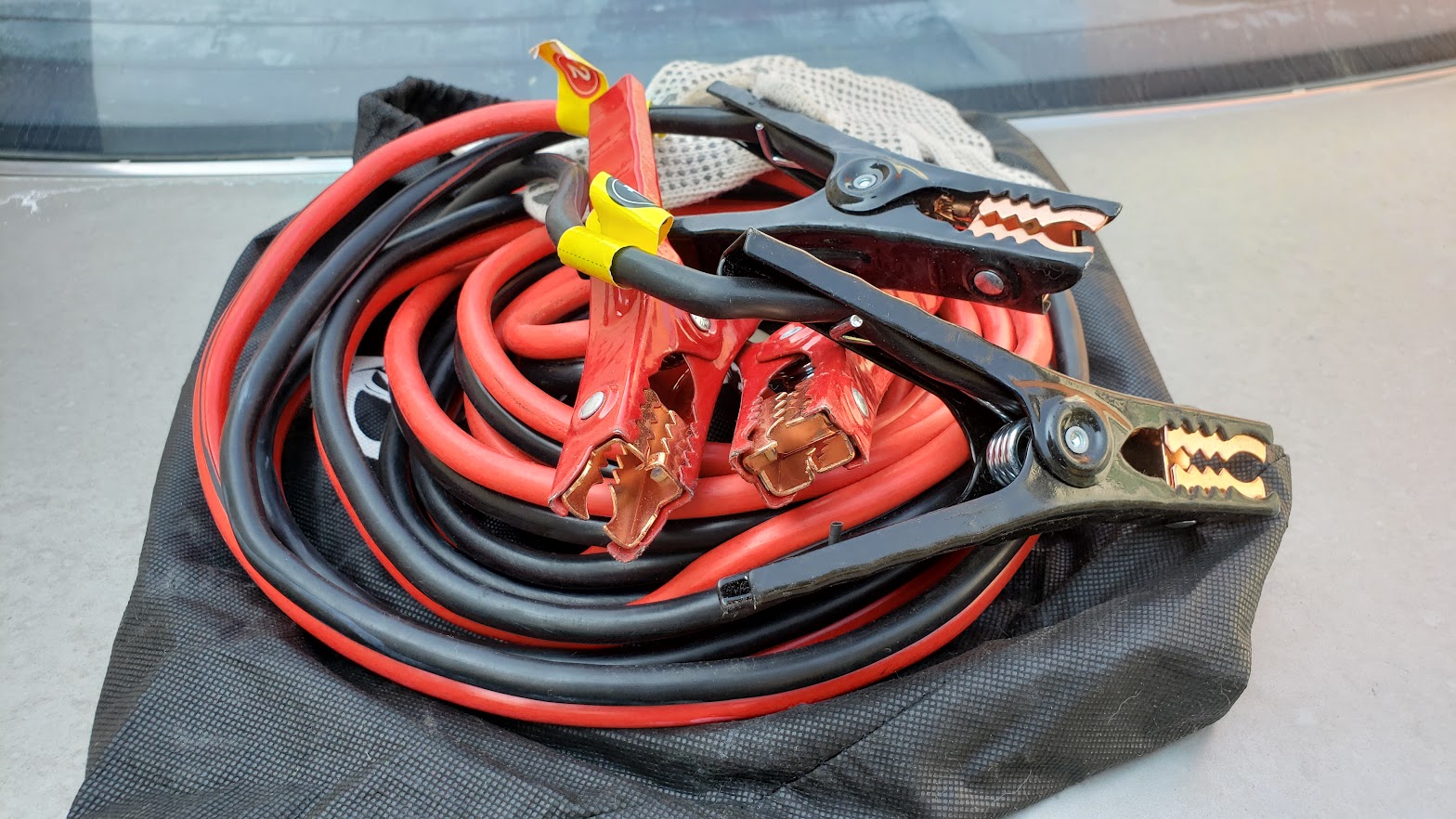 Well, it was some days ago and I was waiting for my neighbor's kids, high school students to get out of school, so I could take them to their home, it's one of my odd jobs.

Well anyway, this guy asks me if I could give him a jump and he points to his car. We are parked on the side of a busy street outside the school gate. The kids asked me to park there as if I would park in the school's parking lot to pick up students, it will take awhile to get out of there as it seems to me like leaving a concert with everyone wanting to get out at the same time.

Parking the car outside the gate and on the side of the road makes it a little easier to get the kids home and yes, it is faster that way.

So, back to the guy that needed a battery jump. I did see him talk to the guy directly behind me and this guy with the dead battery was behind him.

I told him that there is no way that I could get beside him as the road is narrow and pretty busy now and it will get even more busy when most of the students get out.

He said, Come on man, can you help me. I told him that there is a guy's car between us and that if he was directly behind me, maybe it would be possible.

He asked if he could get the other guy to move it car a bit. Then I asked him, if that guy between us is willing to help you. He told me that he was, as he talked to him first, but he didn't have any jumper cables.

So the guy in front of the dead battery guy backed up is car as close as he could. Then the guy in front with the good battery opened his hood and I connected one end of my 20 foot jumper cables to his battery, positive to positive and negative to negative.

It is also good to note that if my jumper cables were shorter than 20 feet, it wouldn't work, as it wouldn't be long enough to jump with one car in front of another car type of situation.

Then I connected to the guys car with the dead battery, positive to positive and negative to negative. I found out from watching Scotty Kilmer's videos that the guy with the good battery does not start up, before when cars were more simpler you could do such a thing and that would pump more energy into the dead battery, but in today's newer cars it could mess up the electronics in the cars.

So I just had the guy with the dead battery try to start the car when it was all connected. Well, at first it didn't start. Maybe the guys car battery was too dead. He wanted me to switch the connections, well, he didn't know. I told him that you can't switch the connections, it has to be positive on positive and negative on negative. I told him to try it again. Still it wouldn't start.

Then I just tried to adjust the clamps teeth on the metal of the positive end of his battery to see if it could get a better grip. Then he tried again and it did start. I told the guy to not to turn off his car even when he gets home, but to keep it running for about ten minutes longer or so to get the battery more charged up from the alternator.

Then I just disconnected from both cars, the guy that just started his car, thanked the other guy for letting him connect to his battery and I threw the cables and all into the trunk of my 93 Honda Accord.

The kids, the high school students where standing next to my car, then we all got in, so I could take them to their house. The guy that just started his car was on the road and yelled at me, Thank you. I said, Sure man. Then I asked him to let me into the traffic as the traffic just creeps when the kids get out of school and he did that and I waved him good bye and got into the traffic.

Let's end with a scripture, as it is written, And if one prevail against him, two shall withstand him; and a threefold cord is not quickly broken. Ecclesiastes 4:12.

If you enjoyed this blog, please upvote and follow.
Thank you, David.
Image is mine, taken with my Samsung Galaxy Note 9.