HackSmart Hackathon For SmartBCH developers from 24 June to 26 June 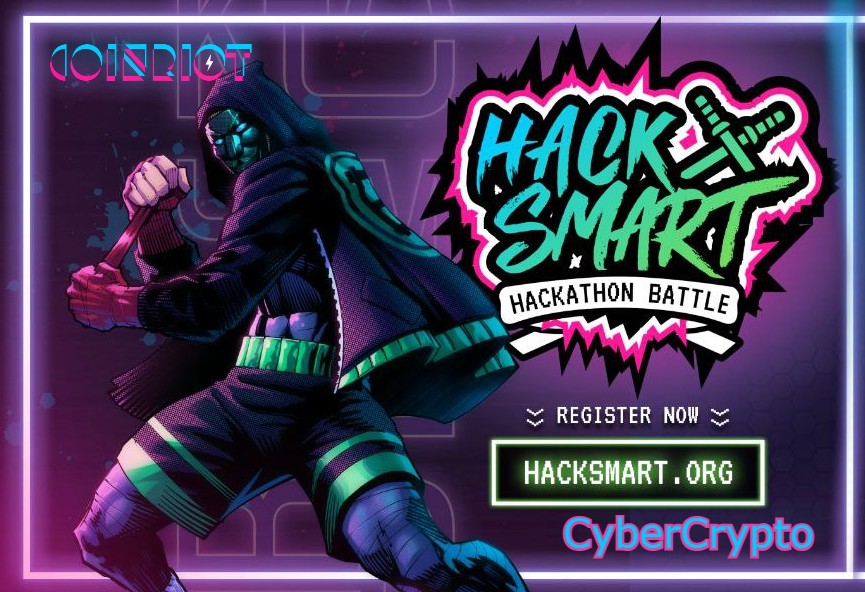 To show the Power of SmartBCH and developments around it they had organized an event, the Hacksmart Hackathon Battle. An event that will be held for 48 hours from June 24 to June 26, where different people from various regions will come together around.

Blockchain developers, web designers, graphic designers many people with different skills will be present there. A great way to connect with various people and increase your network

The Event the powered by SmartBCH, It is the sidechain for Bitcoin Cash or BCH which helps users develop smart contracts, and create various Dapps and Things that Ethereum can do.
SmartBCH is compatible with Ethereum EVM. Similarly, this allows BCH to transfer on Dapps like MetaMask everything in a decentralized manner.

Online voting will be done and voted by Global CoinRiot Community and the best team will win.

The Latest and Best NFT project created will win the NFT track Battle with the respective prize.

A team whose project is innovative and brings more power to the smartbch ecosystem. The Best project which supports smartBCH will be rewarded

Team or warriors will vote for each other but not themselves who they think created the strongest project. The team with the most votes will win.

A Unique developed tool that has the potential to impact the whole blockchain industry will be nominated and will be rewarded.

The team or person who develops a project which helps not only crypto industry but also has a good impact on Big Social Problems.

These are the 6 Main Battles and rewards amongst the various prizes which will be held in the event.

Reason You Should Visit the Event

Get introduced to Exclusive new projects and see their potential before anyone can, So you don't miss any.

Increase your knowledge in smartbch

Build a relationship with the community, increase your network and get to know each other.

Enjoy free drinks and snacks at the event.

After Party on day 3 with food and Drinks

Ticket Price for your Entry -

For the Event Schedule visit :
https://hacksmart.org/#schedule

Congratulations @cybercrypt0! You have completed the following achievement on the Hive blockchain and have been rewarded with new badge(s):