@cliffagreen 63
5 months ago
Proof of Brain

Well, I've decided to dive in to the POB craze, by entering @fireguardian's

The challenge of the contest is to finish a story begun by @fireguardian, for a chance to win

I know, right? You can read full guidelines and details in the entry post.

Below, the quoted text is the beginning written by @fireguardian, followed by my ending. 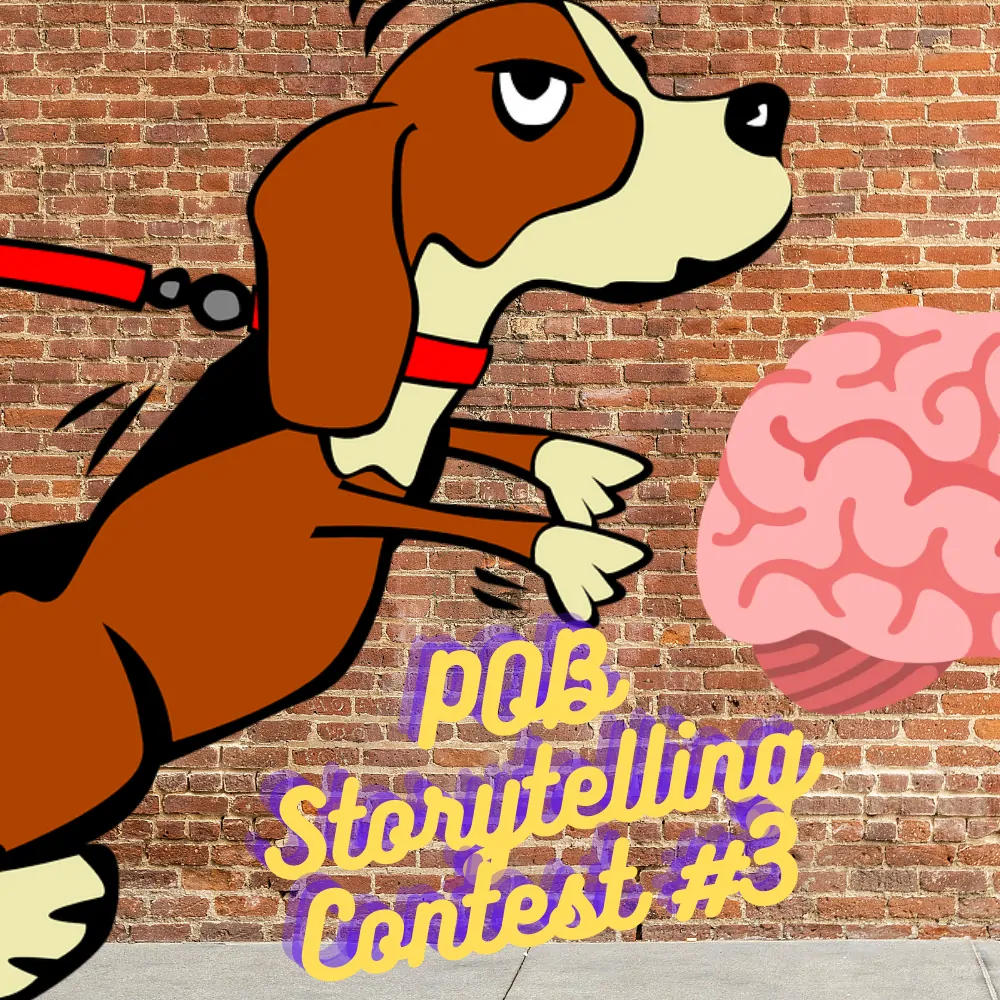 Brownie was the definition of a couch dog. If you look couch dog on Wikipedia, you'll probably find a photo of Brownie on it. He was the most lazy dog in the world, and would only get out of the couch for two reasons: Food and his yellow ball. Of course he would go outside when nature called, but besides that, only food and yellow ball. His owners would hide the yellow ball from him, because we was really addicted to it, but from time to time they would toss it around and make him run a little bit.

One day, while he was playing with the ball, his owner went outside to get the mail. On his frenzy for the ball, it slipped from his mouth and went right through the door. Brownie didn't think twice and went after it, running like a mad dog to catch his precious ball. Unfortunately, the ball went to the street, got hit by a car and was sent flying away to the end of the street, where another car hit it and sent it even further. Brownie was not going to give up and ran as fast as he could to catch it, but the sweet moment he bit the ball, the sour reality hit him: He was now lost, away from home and his couch! So the first thing he did was...

… pee on everything. He needed the security of home turf, so he marked up some turf as his own. He peed on the fire hydrant first, then hit the maple tree closer to the edge of the sidewalk, and finally marked every few feet of a glass-and-concrete building that ran along the sidewalk. When he was finished, he had a rough square he could call home, at least until he figured out his next move.

That done, he plopped down in the shade of an awning, propped his yellow ball between his paws, and tried to get his bearings. He had absolutely no idea where he was. He'd only had one objective in mind when he ran after his treasure: to catch it! And now he had it; it was right there in front of him, available for gazing or chewing.

Brownie wondered if he even wanted to go home. Was it worth the effort? He had his ball, and the owners were nowhere around to hide it. But then there was his other favorite pastime: eating. Where would he find food? He couldn't just hop off the couch and amble over to his bowl in the kitchen, which he knew would be full of some crunchy goodness; he would have to search for food. That would be a lot of effort, probably more than just putting some work into finding home again.

And there was another reason to go back home: the concrete sucked. Definitely no match for the comfort of his couch.

Brownie sighed. His legs were tired from all that running. He didn't want to get up, didn't want to move, he wanted to just – but what was this now? An SUV pulled up to the curb beside him. A nicely dressed lady got out and came around the front.

“Hi, puppy,” the lady crooned. “What are you doing there? Are you lost?” She reached down to scratch his ears, and Brownie picked up his yellow ball, so that she wouldn't take it. The lady looked around while she patted him. “Aw, I think you are lost. Such a good looking dog though. I'm sorry you're lost. I know, you want to go for a ride boy? Huh? Do you?”

Brownie didn't know if he wanted to go with the lady or not. She smelled a little strange, like a mix of Chanel No. 5 and peanut butter. But when she opened the backdoor of the SUV, he caught a glimpse of a plush leather bench seat.

It was a no-brainer. In just a few short steps, Brownie was lounging in style again.

The lady took him for a short ride, out to her peanut farm on the coast. There, she gave Brownie a padded cage beneath the eave of a storage shed, with a food bowl, his yellow ball, and a view of the ocean.

And Brownie lived there, fat and happy, till the end of his days.

Nice story, short, and ended well!! I liked it!! Thanks for sharing!!

Thank you for reading. I especially appreciate the comment about the ending, since I wasn't sure about it. Glad it worked.