Memories of my first dog: Blanco, my unforgettable best friend.

Memories of my first dog: Blanco, my unforgettable best friend.

Hello, everybody in this cute community and all Hive! today I want to share with you a story that is very close to my heart, and it is the story of my first dog, Blanco, who is no longer here but will always be alive in my memories. 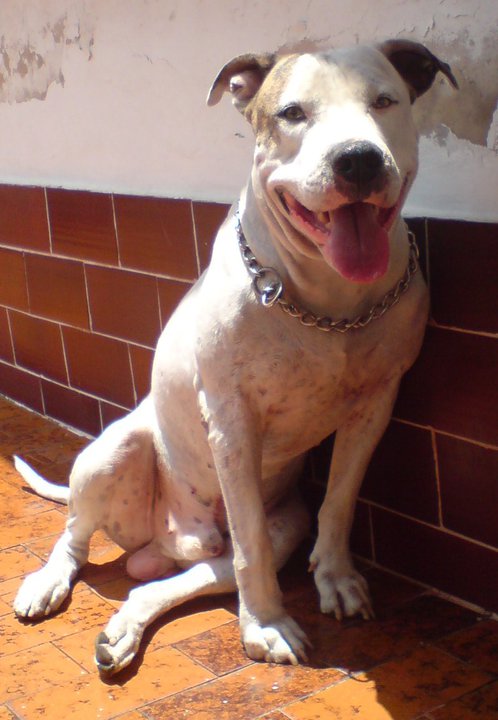 Ever since I was a little boy, I've always loved dogs. I have played with dogs for as long as I can remember, I have never been afraid of dogs, and I think that the main reason is because a lot of members of my family owned dogs when I was a child, so I was used to visiting them and playing with their dogs. I feel like I understand dogs very well, their humor, what they like, and what they don't like, and that's the key to be able to be the friend of many dogs. But even though a lot of dogs were my friends, I used to live in a small department for rent, so my parents always thought that it wasn't a good idea to have a dog because they thought that the dogs were going to make the whole place messy and my sister and I were kids so they also had no trust in us being able to clean the whole dog business.

One of my aunts had a big Argentinian dogo she-dog, a beautiful hunting breed that is white and originary from Argentina, and it looks very similar to pitbulls. Her dog has had puppies with a pitbull, and the puppies were gorgeous, some of them were white with tabby stains, and others were all tabby, like pitbulls, brown and black stains. She said she was going to give me one of the puppies, a white male she called “Blanco” like the color White in Spanish, not very creative, but that was the name she decided to go with.

After some months, my cousin, daughter of my auntie, decided she wanted to keep some of the puppies because she had grown too attached to them, so I was told that I wasn't going to receive the white male puppy. I was pretty disappointed because to have a dog was one of my biggest wishes of all time. I remember that every birthday when they told me to blow the candle and ask for a wish, I usually went for “I want a dog” as my wish. That's how much I love dogs.

The months passed, and I forgot about that specific dog, and we even moved to a rented house, away from the city, and it was big and it had a backyard. One day I woke up with the voice of my aunt, the one with the dogs, talking to my mom, and as I walked out of my room, I saw a huge white dog running towards me, and I felt terrified, but when I saw my aunt and mom smiling, I knew I was going to be ok, and the dog only wanted to play, and I asked them “he is cute, what is this? what are they doing here?” for which my auntie replied “He is here to stay, he is yours now” and without even knowing, my birthday wish materialized.

At first, I was resistant to him, because I was a little bit upset with my aunt and my cousin for pulling back the decision to give me the puppy. I thought, “I wanted him when he was a puppy, not an adult. Why now? I want a puppy to raise, not an adult dog”. They explained to me later that as the dogs were growing together in my aunt’s house, they started to get aggressive towards each other, and when 6 of the puppies were somewhere between 7-8 months old, the playful fights of puppies began to turn into violent very real half-pitbull fights, which you could imagine it is very frightening to be around of.

So they began giving the adult dogs in adoption finally, as they realized their dream of having them all was impractical. I finally received the dog I was meant to have as a puppy, and He was quite a character.

He was playful as a huge and heavy puppy, and his personality was wild. Even though my cousin and aunt loved their dogs very much, they were far from being good dog trainers, so their manners were awful. I was starting to get to know him, and although I had never been afraid of a dog before, this one was very strong, and in moments I felt intimidated by him. 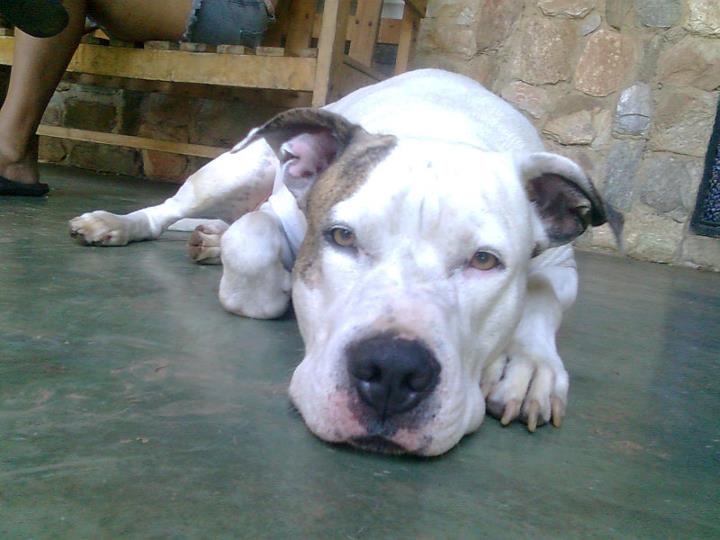 At some moments I thought about giving up and trying to find another family for him, one that had more experience with this type of dog, because at some point my arms were all scratched and bitten (by playing with him). But I guess this was the moment where I fell in love with him.

In moments where I would cry because of how alone I felt, he was there and comforted me, lying by my side, licking my face. He could wait for the morning to come for my mom to open the door of my room so he could jump on top of me and lick my whole face, and from those days, we became inseparable. We used to go on so many walks together, far from home, into the woods, passing rivers, and I would let go of his leash so he could run wildly, chase birds, and chase after things I would throw away. 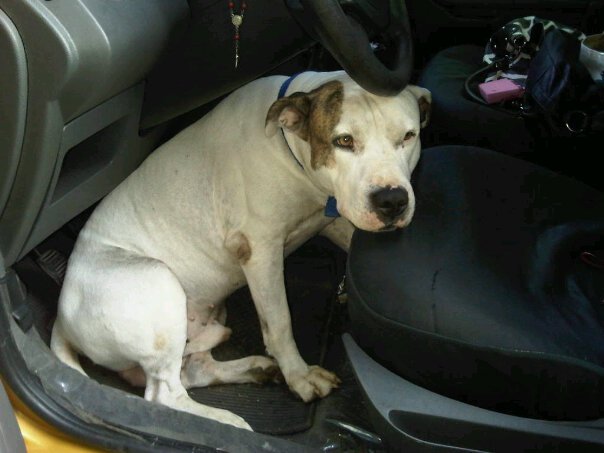 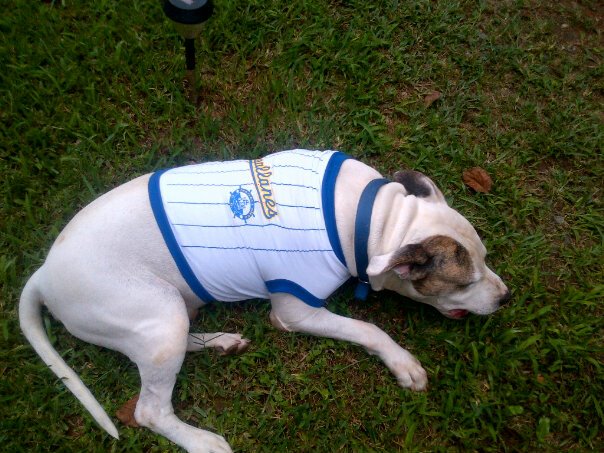 He was beautiful, loving, and sensitive, even though he was a little bit rough around the edges. All of the pictures I show you in this post are 10-15 years old, and those are the only ones I keep of him. In the end I went to university, my life became problematic, my parents got divorced, and I had to move with my grandparents, who wouldn’t let me have him with me. After the mother of my dog died, my auntie who brought him to me, took him in again in her house, at the age of 8-9 years old. He was kinda happy to go because I was gone too much time daily to go to class, but I was heartbroken. 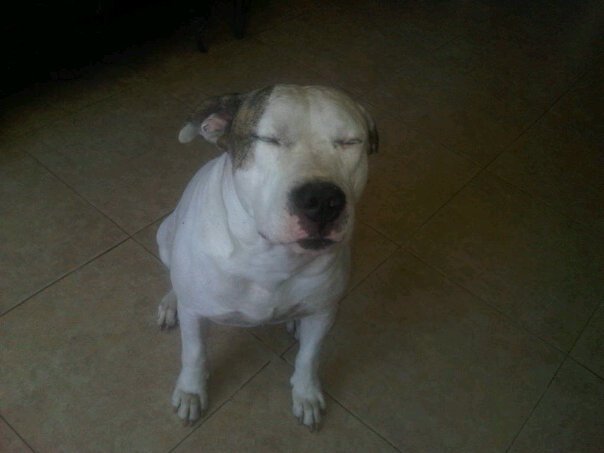 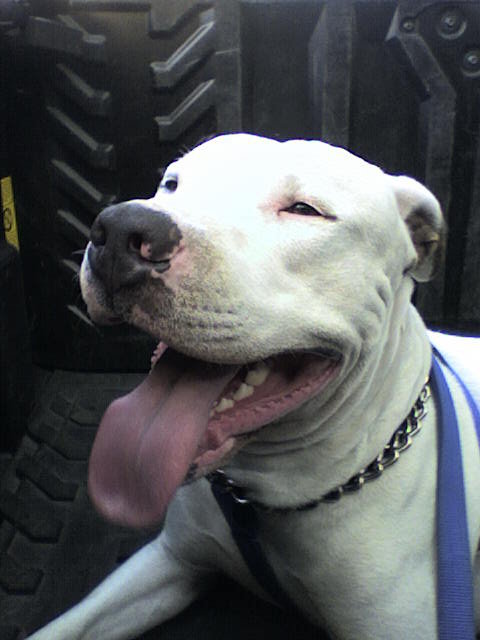 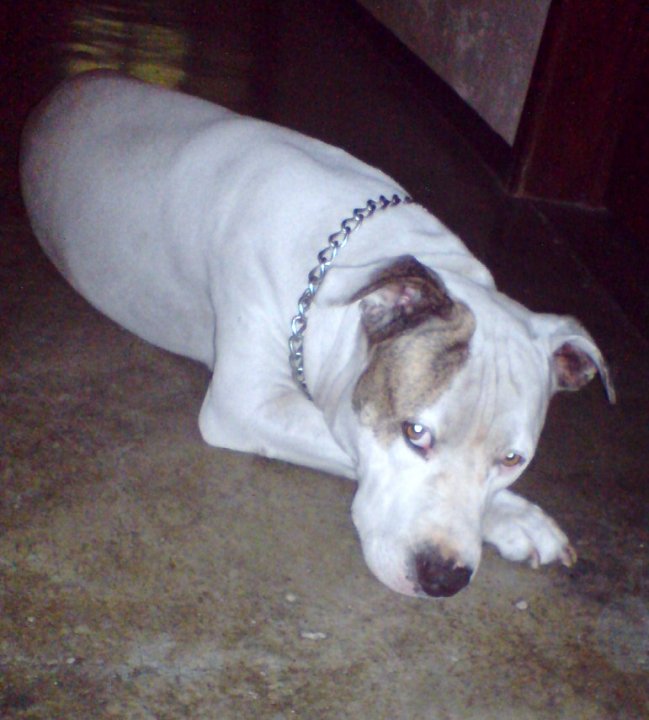 I went to visit them after that many times, and I remember always sitting by him all day, playing, giving him his favorite meals, and sleeping by his side. He was and still is my favorite dog in the entire world, for he was perfect and we were highly connected and I even dare to say that he saved my life many times, getting me away from the claws of depression just with his company and his healing energy.

Pitbulls are not for everybody, they are special dogs that require people who understand them and their needs, sensitive people who would only pay attention and give affection to them, take care of them with respect and education, patience, and love above all. If all of this is present, there is no reason why you should think that just by its breed, a dog is aggressive and predisposed to attack humans. My dog was the best, and he never hurt anybody, at least not to attack, but maybe playing because of how wild he was.

Blanco passed of old age a few years ago, and I like to think that he had a good life, he was loved by my whole family and me, and he was a very happy dog, who like many other dogs, loved comfortable couches to sleep on, balls to play with, to eat a lot of meat and poultry, and long walks in the wilderness with me. I think one day we will walk together again in the woods, through the river, chase the birds, and watch the sunset before coming back home. 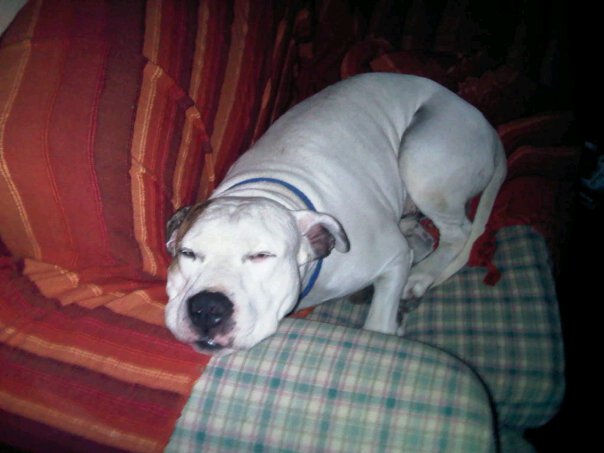 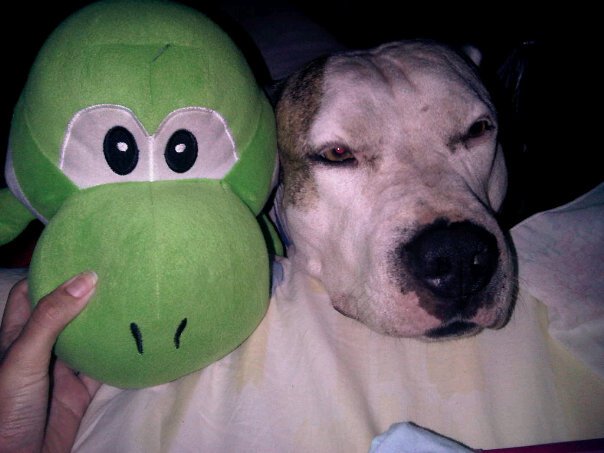 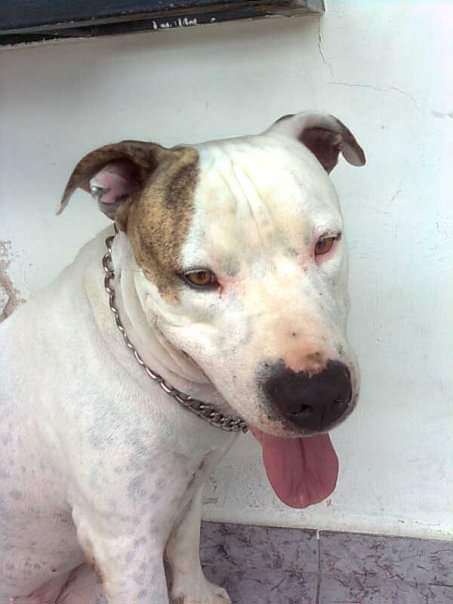 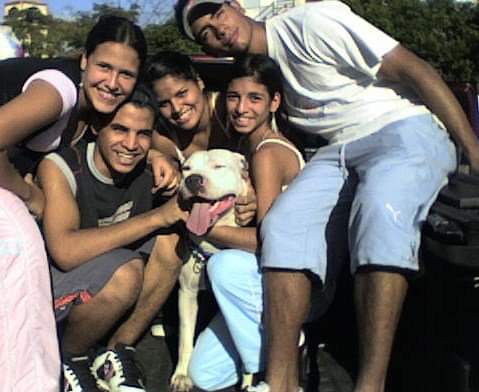 Greetings to all, till next time!