@carolkean 68
about 1 month ago
GEMS

"The goodness in you is unmissable," he said.

She blinked in astonishment. All her missteps, all her stumbles, fumbles, manic lapses into hubris, her outrage, her failure to show TENDERNESS and RESPECT and to BE THERE for the destitute, the despairing, the needy ... but when adults make bad choices we are told to stand aside and let them .... if they want to vent, just listen, but do not seek to help them overcome their difficult circumstances. Why couldn't she just shut up and listen and offer SYMPATHY but not IDEAS on how to open the trapdoor and let all one's troubles fall to the floor far, far below?

Some people are easier to love from a distance, she believed, and so she did not show up when needed. She kept herself away from a dying woman whose husband was unfathomably cruel, knowing that to witness his verbal abuse (and worse) would cause her to smite him like some just God wielding a lightning bolt, or a cast-iron skillet.

There would be blood.

She stayed away from a loved one in order to stay away from assassinating that awful, Less Than Zero, so-called husband who was hurting and slowly killing his wife. She truly feared she could be that bad^ss. That she could, and would, kill.

Judge. Executioner. A trapdoor in the floor, a button to push, a man's life snuffed out at her hands: wouldn't she have done it?

Rather than put herself to the test, she had stood by and done nothing.

Inertia is a force too, she liked to say, until a scientist explained to her that inertia, unlike gravity, is certainly not "a force."

[Why is inertia not considered a force?]https://www.quora.com/Is-Inertia-a-force)

Newtons First Law: "a body continues to be in state of rest or of uniform motion until and unless it is compelled to change its state by an external agency"... You can define it as property of an object to resist its change in state ... Force on other hand is an external agency which tries or tends to overcome the inertia and set the object in motion.

To do nothing is a choice, too, she liked to say. If she were called to stand aside and let someone spiral down into an abyss of bad choices, then stand aside she would, choosing to not BE THERE for the suffering soul-sister. She had felt firm on her moral high ground until the trapdoor was released. Down went the woman who refused to dishonor her marriage vows to a man who had never honored his. Death came for her. Please release me.

The trapdoor opens and it brings release, but not for her, Miss Do Nothing.

And yet here was a friend who could look her in the eye and see goodness in her. 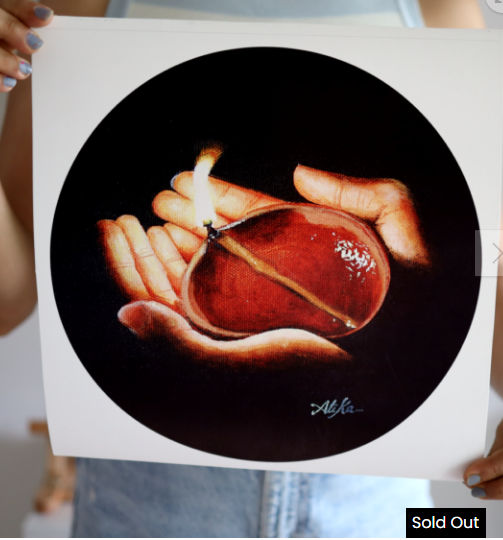 “Power of Light” Print: SOLD OUT

"The badness in me is also unmissable,"

she countered. "I am a horrible human being."

No. Of course not. Some of us are so much worse than others.

But he continued to speak. Yin and Yang, day and night, dark and light. He spoke of these things. Paradoxical, mind-boggling things. People who died and came back -- NDEs, Near Death Experiences -- universally report that peace, love, and goodness prevail, in the end.

He said it again: "The goodness in you is unmissable."

Her feet found the floor firm beneath her, and she decided to believe him. 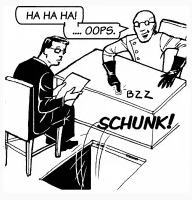 Mea culpa!! I thought I was posting from @freewritehouse.
How much more closely I need to watch these things - and verify, verify, verify!

This is fabulous. An exercise in GUILT, REMORSE, and LOSS, that ends well.

Where are the men like this one? Oh right you're married to one.

And the badness is missable, very missable.

My missable goodness, my unmissable badness, or is it vice versa - thank you for reading and affirming the good part, diminishing all the bad! You are the best of friends!