another day, another daily quest in Splinterlands. I thought I share the whole experience with all of you. Maybe some will find this interesting and even find inspiration for their teams. Let's get started! 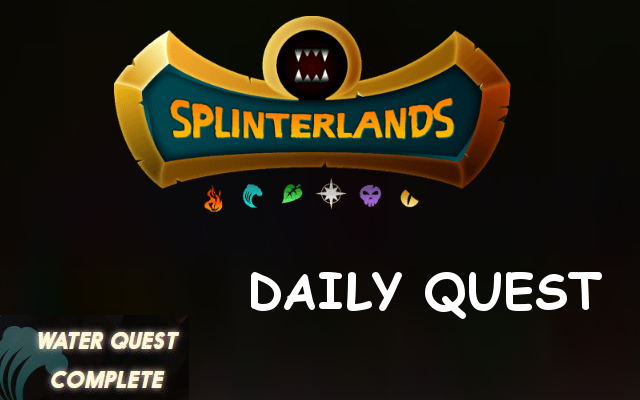 The first quest I've received was the water quest. Of course I could have changed that quest once but I actually like playing with the water team so I was happy that I've got this quest.

I just recently bought a new card - Venari Wavesmith - that I can use for this quest pretty well because the card has a magic attack of 1 (which will become 2 because of the summoner Alric Stormbringer) and in additon to that it owns the protect ability, so it adds 2 armor to all friendly monsters. A pretty strong card in my opinion 🤩

Game 1 was against another powerful water team which looked similar to my team. Unfortunately I lost that first match. @bibo034's team was really strong, especially with all those magic attack monsters (You can rewatch the match here).

The next game was lost as well. The death team of @wtranm killed my low health monsters just too fast. Unfortunately I had not enough mana to select stronger monsters this round (You can rewatch the match here). 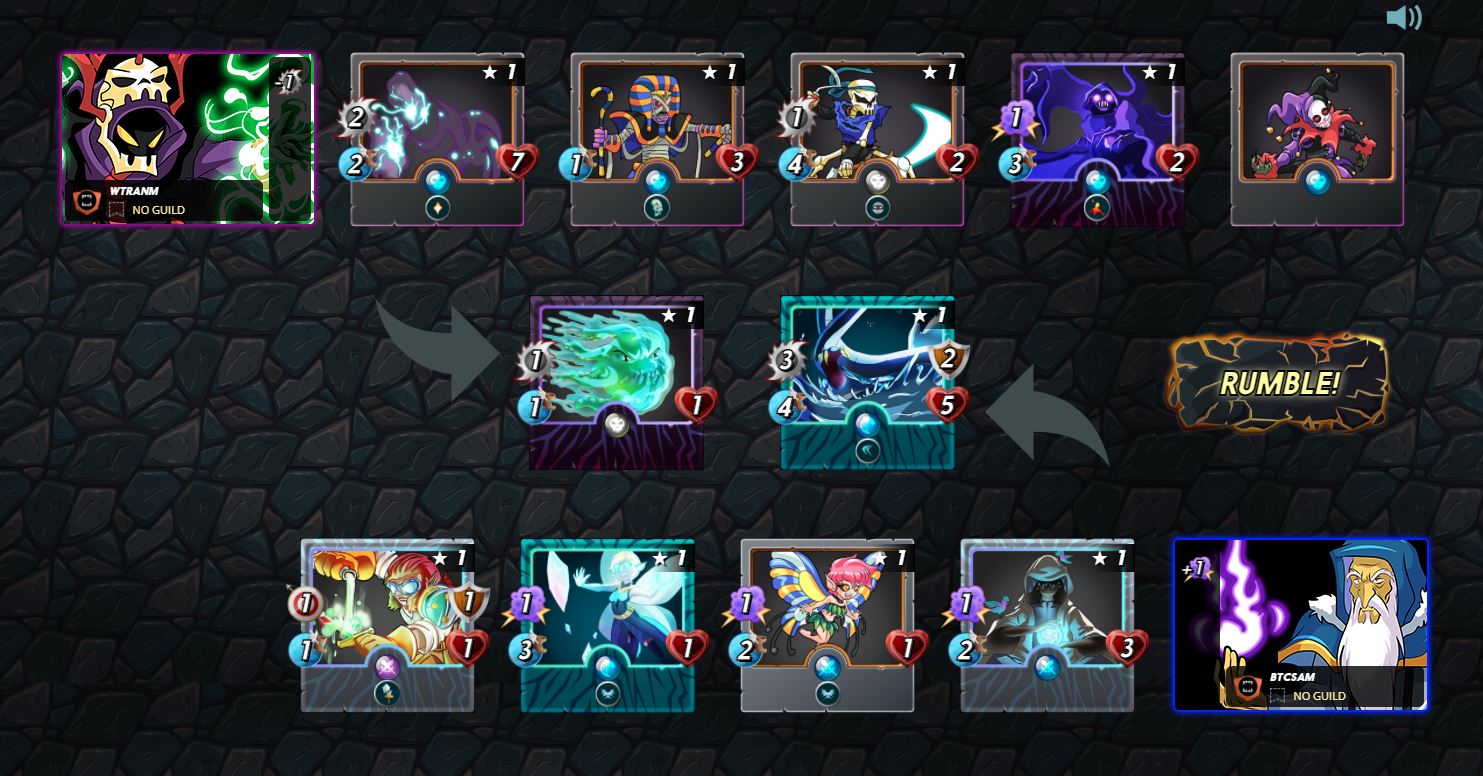 Afterwards I faced @tortelino. One big advantage in that game was that I was able to reduce Unicorn Mustang's attack down to 1 (with the help of my Halfling Alchemist). That way one of the strongest enemy cards were weakened a lot and I could win this fight (You can rewatch the match here). 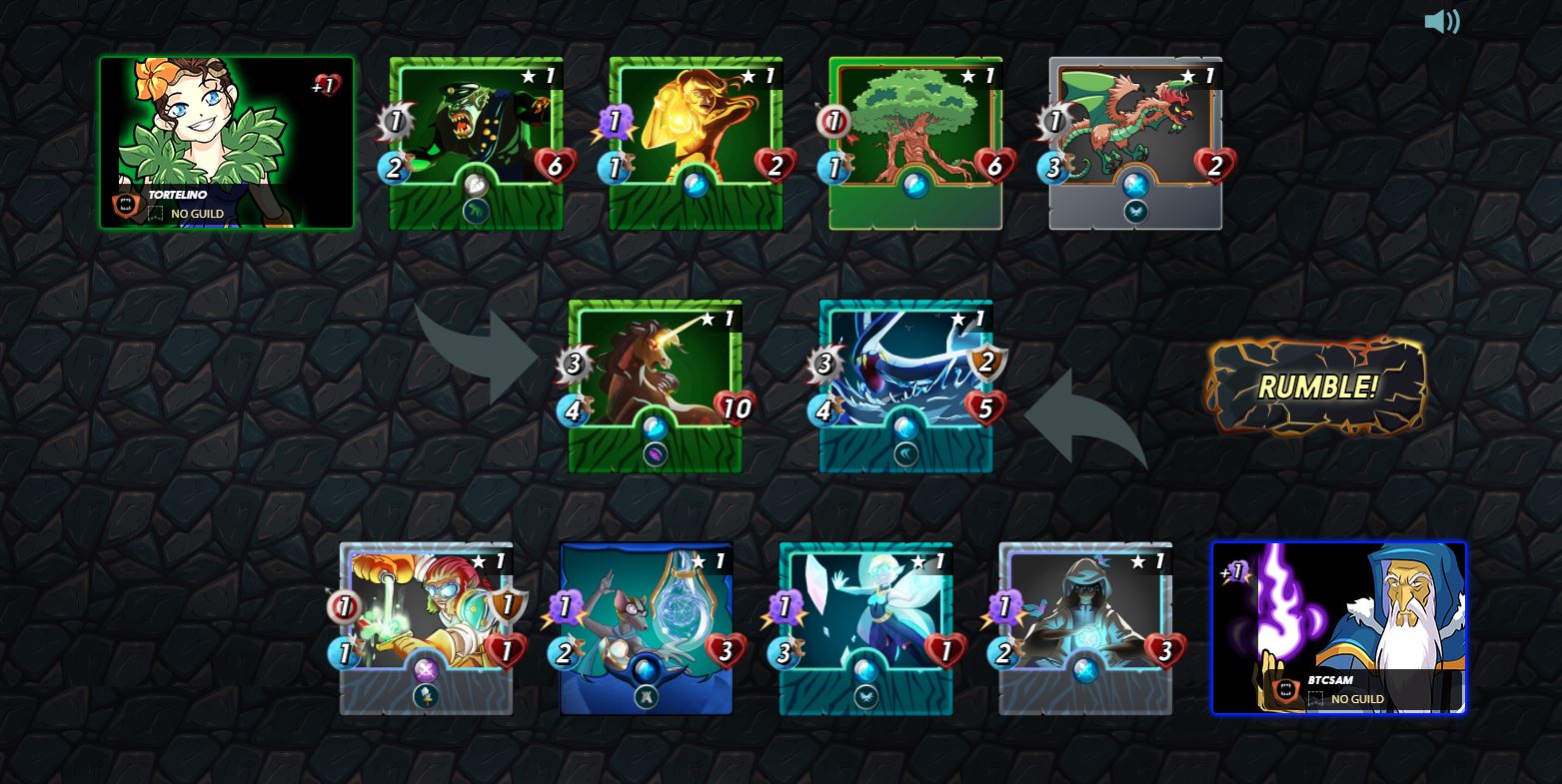 Then I encountered @man100x255. We both used the Elven Defender on first position but the opposing team was build of life cards. It was a tough fight but in the end I won. A big factor was my Sand Worm who has an attack of 5 and therefore could do a lot of damage (You can rewatch the match here). 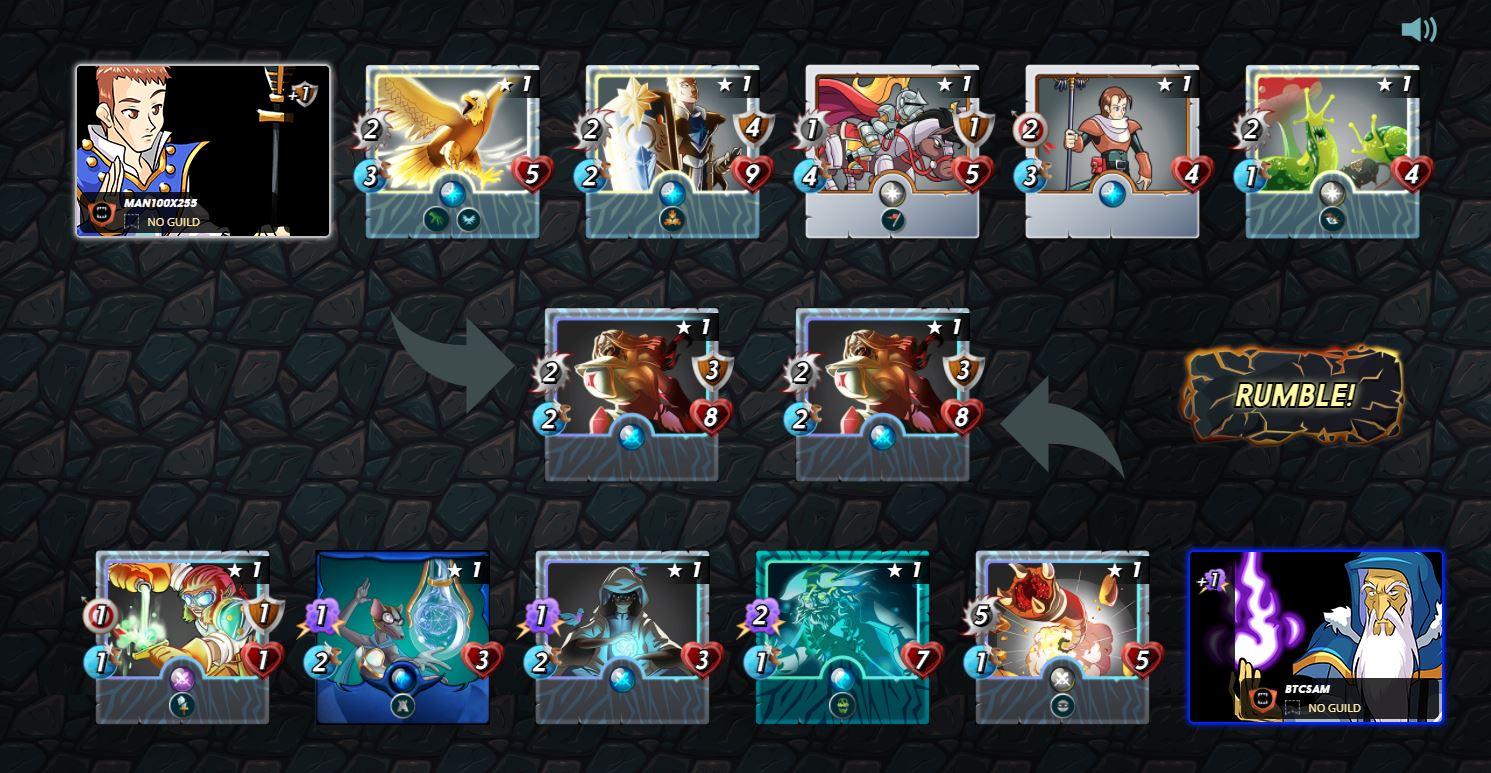 Another victory followed. My opponent @petduncan101 was playing with the fire team. I was a bit surprised that he/she placed the Goblin Shaman in first position, this way I could defeat this card pretty fast and lift it's weaken ability. The rest of the team was not too hard to fight against as well (You can rewatch the match here). 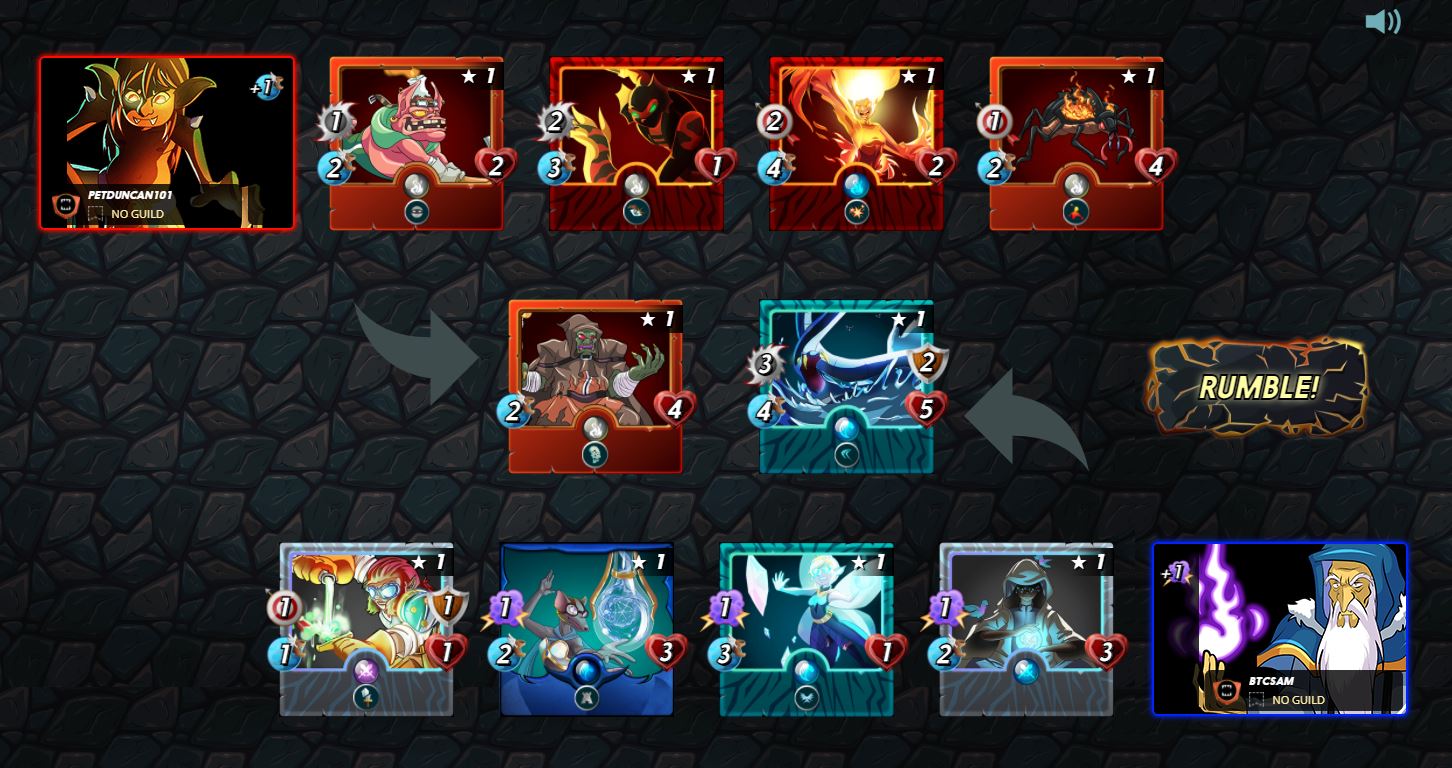 The following fight against @brendonmor was really exciting because it was a super close match. In the end only my Venari Wavesmith and my Halfling Alchemist were left, both with only 1 health. I could've easily lost this one but I guess in the end I was a bit luckier than my opponent (You can rewatch the match here). 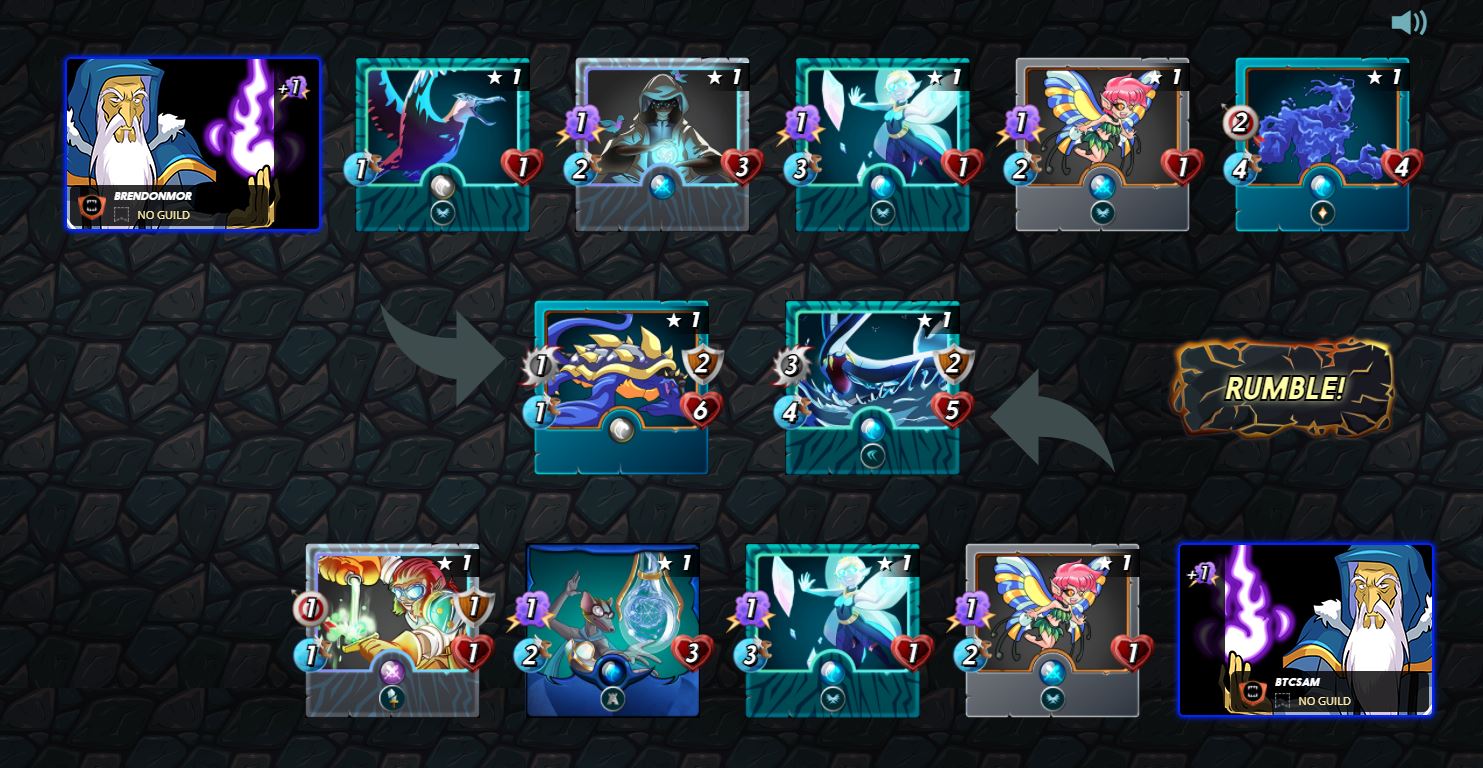 In my final game I was battling against @kerollag. I was able to win this one as well and finish my daily quest. The victory was based on the strong attacks of my monsters and the fact that my opponent had some cards with a small amount of health. (You can rewatch the match here) 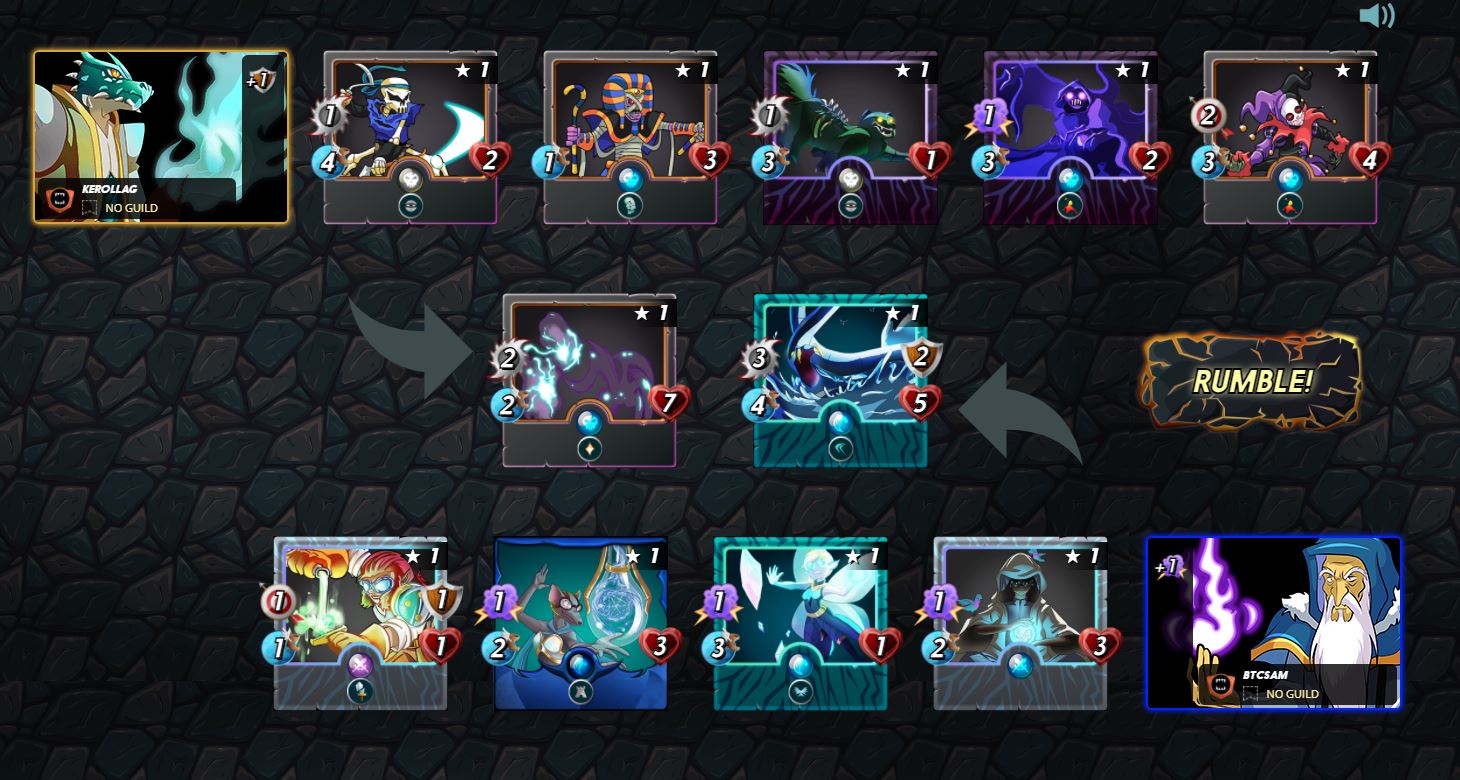 So after a weak start I was able to win 5 games with the water team in a row, that was pretty awesome. I have to admit that something like this doesn't happen to me really often but today I was lucky enough to finish the daily quest pretty fast.

Unfortunately I'm currently "only" in League Bronze II. I am planning on getting new cards so I can reach higher leagues but for now I have to accept the fact that I'm only receiving one reward chest per daily quest finished.

This is the reward I've got:

Everytime I get a card from a chest I'm pretty excited even though today it's just a Pelacor Deceiver. But hey, better than nothing, right? I might even play with this card, doesn't look that bad for a 5 mana card - 8 health is pretty sweet and I also like using cards with the flying ability.

Anyways, that's it for today. Thanks for reading and see you next time.