Another week has passed and I'm really excited to check my stats today. I want to see how my SPS gain is this week because it is purely based on how much I earned from staking rewards alone. I did not manage to purchase anything from the market. My Hive power goals are still looking good and I think I will speed that up a little bit so that I can easily reach my goals before the end of the year.

I was wondering if I should bring in more power from my other accounts as well. I have another account @balaz that is slowly growing in terms of Hive power from the witness rewards. I was thinking if it would be a good idea to power down that account and bring the Hive power to my main account. I'm not going to be doing that now but that's one good consideration for the future. 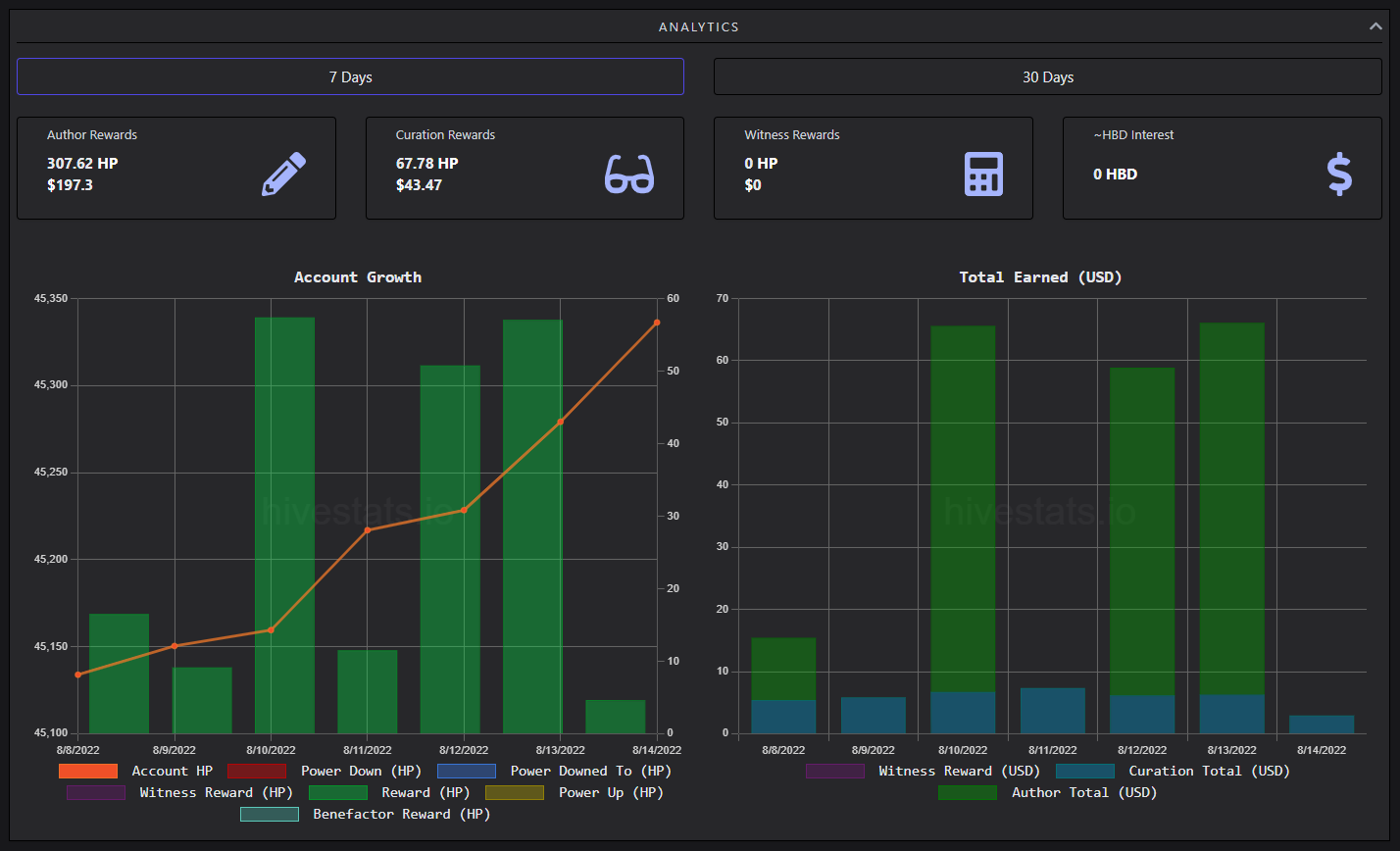 Compared to last week I realized that I was able to double my author rewards. I don't know how that happened. Maybe the rewards in the posts a week before that were very good. I'm glad that I was able to make close to 200$ from just author rewards alone. Everything goes to power up. The good thing about the price of Hive is that with the current price of Hive, it is easy to get more Hive power than when the price is over 1$. I wish the price of Hive remains the same or even low until I complete my goal of 50k Hive power.

The curation rewards were also pretty decent. It is slowly growing as well. Around 40$ a week is definitely good and I wish this keeps going until I reach 100$ per day and that is when I would be happy about reaching my financial independence. Hopefully, in a year's time, I want to be able to achieve that. I understand it is not easy and lots of effort are required.

The airdrop is over and the only way to get SPS right now is through the staking rewards. I did not plan and getting any SPS directly from the market yet. Last week I wanted to experiment and see how my SPS is growing if I rely only on the staked SPS rewards. The price of SPS is also pretty decent now after it recently got a new exchange listing. Only on this day do I actually log in and check my SPS holdings and how much I earn from them. 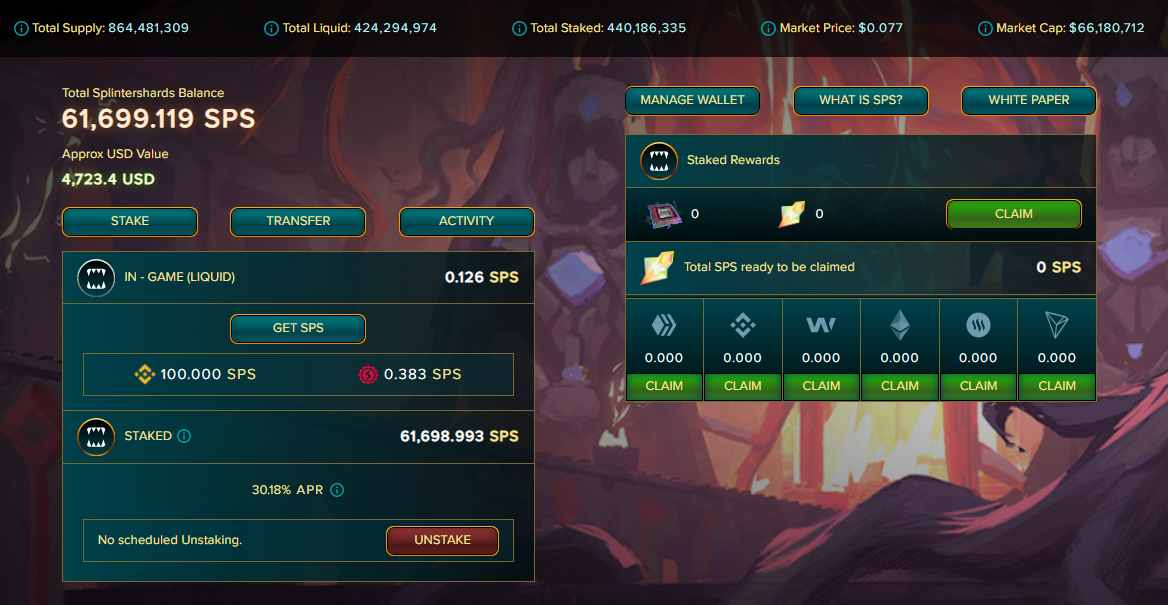 I earned a total of 235 SPS as staking rewards and in addition to that, I earned 19 vouchers. I decided to take the vouchers to Hive Engine and swap them for SPS again. I got around 111 SPS for 19 vouchers. This is good and I was able to stake a total of 349 SPS today from stake rewards in the form of both SPS and vouchers. I hope there is still time to accumulate more SPS before the price of SPS pumps which is very likely to happen.

SPS and Hive power are my two primary goals right now because I had another goal of reaching 2200 HBD and I reached it last week already. I'm not planning to have any more goals on HBD for now. Maybe I will try to think of some other goal by next week inside the Hive ecosystem.

You are truly inspiring me bro 😉 keep rocking and inspiring 🤠

Yay! 🤗
Your content has been boosted with Ecency Points, by @bala41288.
Use Ecency daily to boost your growth on platform!

Always encouraging to monitor your progress. Your account will be looking amazing in 2025 if you continue at your current rate!

Thank you so much for the encouragement. Cheers!

Always better then past

Very nice moves and I would have to say two very great focal points to be working on!

$40 in curation rewards is great. I don't come anywhere near that right now.