Jai Bhim is one of the recent Tamil movies. This is definitely a must-watch movie as it has emotions, crime, and many genres that make it interesting. Before I started watching the movie, I did not have any big expectations, but I really felt like wow after watching the movie. I was expecting the movie to have some kind of political stunt or a bad depiction of the caste system, but it was amazing. The outcome of the movie came out very well.

The first fact that made the movie interesting was that it was a real story. Making a movie with more than 95% of true events is not an easy thing. If we attempt doing that, it will mostly end up like a documentary. Good thing is that the director made a lot of work to make it look like an interesting movie for the audience. There are a few parts in the movie that will have some violence. But yeah it will co-exist with the movie really well. Finally, towards the end of the movie, we will get a good feeling. 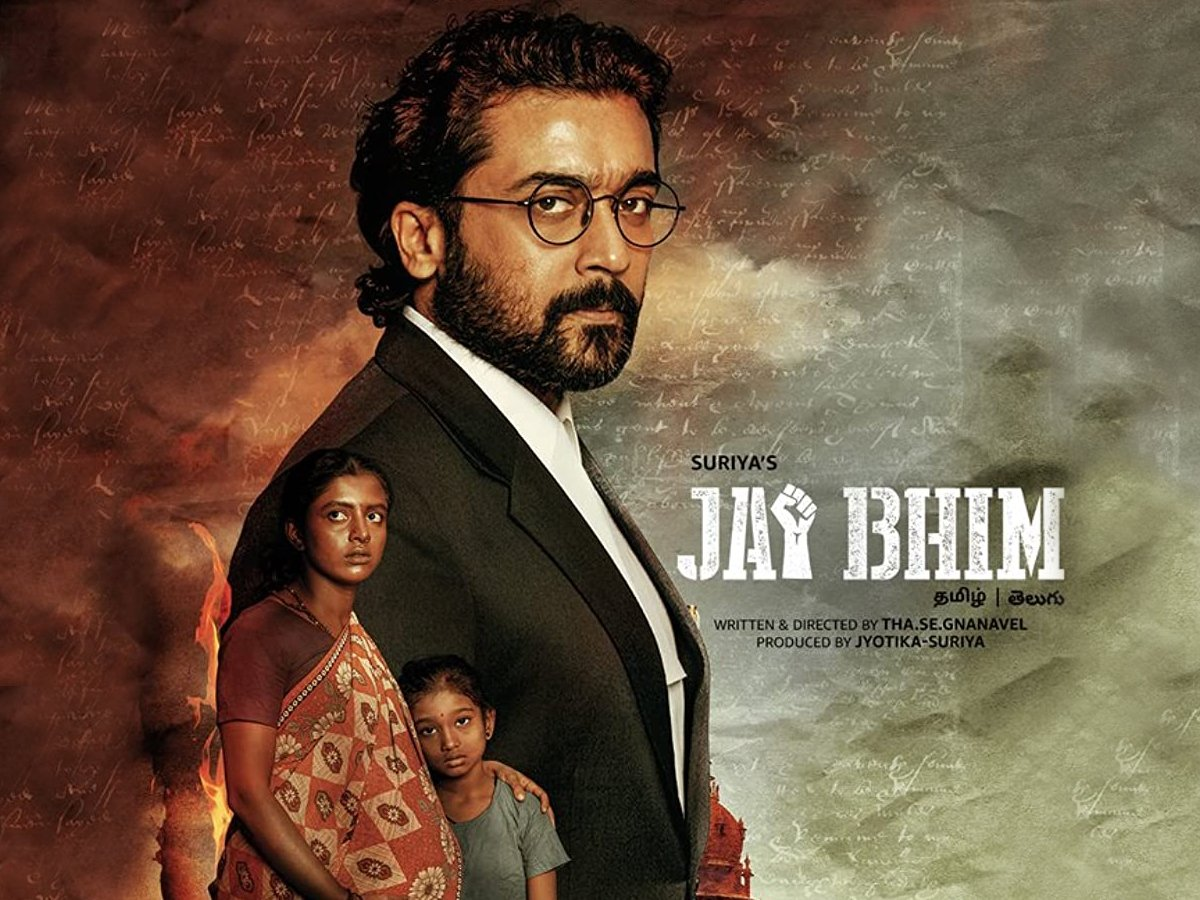 The movie talks about how a tribal group in South India is ill-treated by other communities and groups. The hero of the movie is a tribal individual who tries hard doing a living with some jobs for other land Lords and also by working in a place far away from his home. He was abused as a thief and killed inside Jail by the policemen. The final story is about getting justice for the family and also for their own tribal community. This is a real story that happened around 1995. As I said almost 95% of the story was real in the movie. The court case happened for almost 15 years and they have compressed it in the movie to be shown as 2 years.

I have to also say that the storyline of the movie is based on how a particular tribe is struggling for their living in some of South India. I'm sure this can be the case in other places in India and also other countries as well. So the audience who watch this movie will find the movie interesting only if they know certain things about these tribal people and the culture we have in our South India. So, I would like to say that it may not be a very interesting movie for all the international audience but I strongly recommend you the movie to and let you make a decision on that afterward.

Note: All the above things are just my perspective about the movie. I agree that perspectives can change from person to person. I'm sharing only my personal experiences with the movie.

This is available in Amazon prime video in Hindi and I am planning to watch. May be this Sunday I get to watch it. Thanks for sharing review..

Yeah, it is available on Amazon Prime. Great plan for the weekend. Go for it and I'm sure you will enjoy the movie.

I like movies based of real events, and this one is giving me white Tigre vibes. So I'm gonna try it out.