When RUNE FUD Clears, We're Off to the Moon!

@asteroids 66
about 2 months ago
LeoFinance 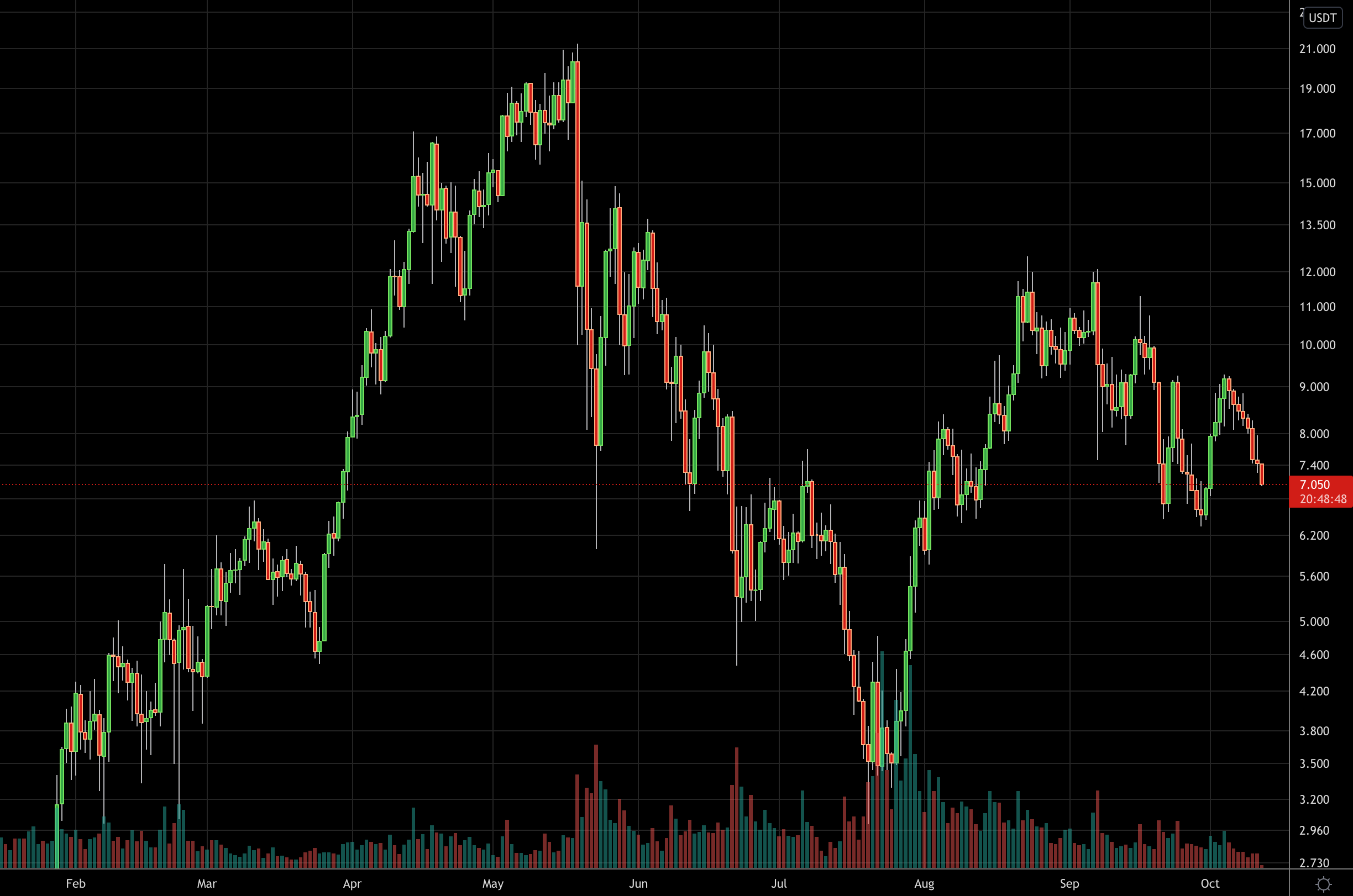 RUNE is in a major FUD cycle right now. We're seeing all sorts of negativity surrounding the project since the hacks.

Now, I think there is FUD because people have been waiting for Thorchain to turn the ETH routers back online but it has taken a bit longer than anticipated.

Today it was released by the community (estimated) that Thorchain would resume ETH operations in about 10 days.

I suppose this is quite longer than everyone was hoping for. RUNE has seen a downtick since then and is following the general trend of the altcoin markets as BTC dominance creeps up!

FUD is the Buy Signal 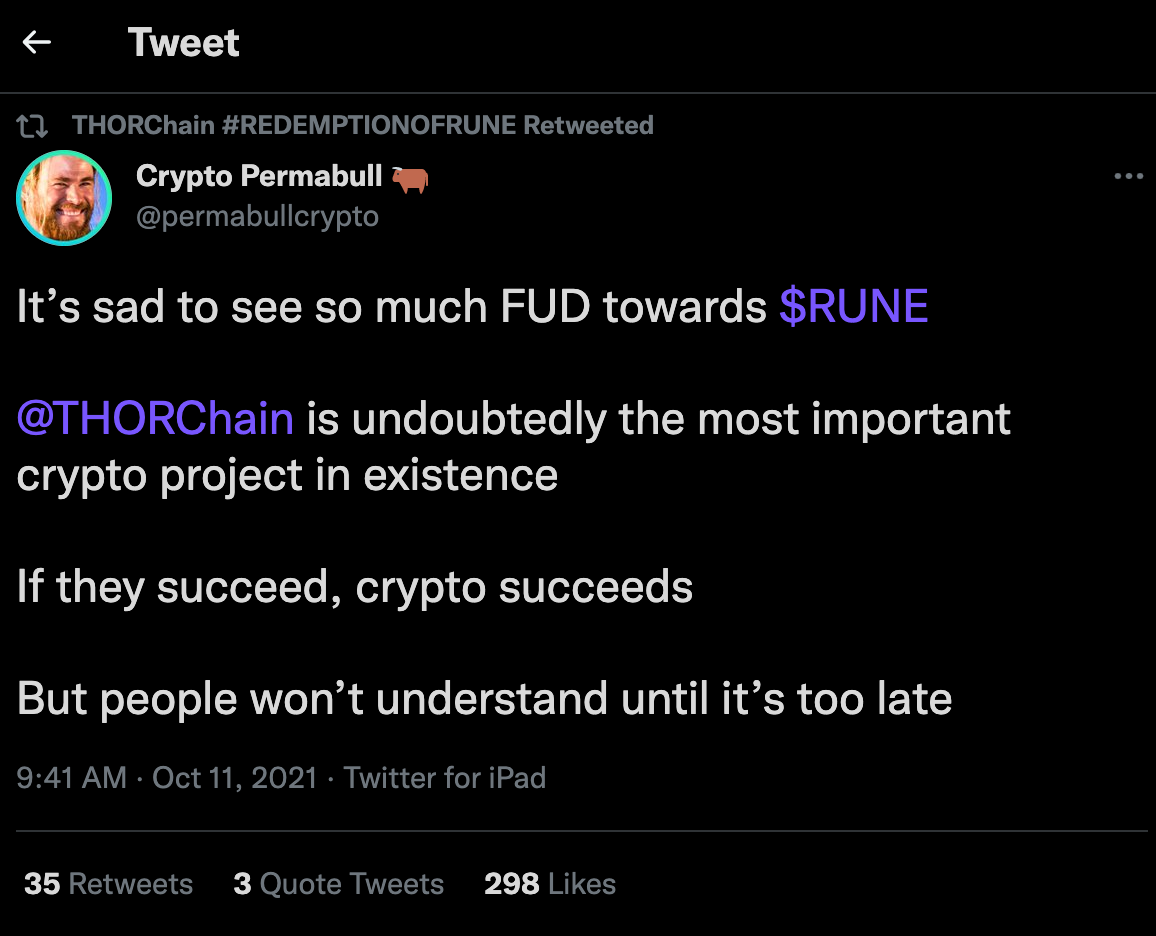 Many smart investors will tell you that it's not about timing the market but about time in the market.

When there is FUD, you should buy.

When there is FOMO, you should sell.

It's quite clear. The market does what the market wants but once something has exploded, the time to buy is over.

FOMO has set in, time to get out.

The reverse is true and I think that's what is happening to RUNE Now. Until the ETH router is back, we'll sit in this FUD cycle... everyone watching and waiting.. FUDDING around and not accumulating.

The smart money is accumulating overFUDDED coins like RUNE, MATIC CUB and LEO... are you?

I never knew there was fud around CUB finance, it's such a cute little project xD. But I guess that doesn't always pass for trust in market. Tnx for the informative post!

That's exactly right. You should be accumulating after a major hack or bug when the short-term traders are panicking.

I did buy some RUNE during the dip now but I don't really buy the FUD but I buy the fundamental of the project. I think people should invest in crypto like how we invest in stocks. Buy stocks or crypto project that has good potential and severely undervalue. Warren Buffett's advice will never be outdated even in the modern crypto market.

Imagine the price rally then, although I'd anticipate alot of people would be waiting to dump so might cause some price volatility

Isn't it actually a good thing that the THORChain team are taking their time to ensure things actually work this time?

If I could only own one single crypto right now, it'd be $RUNE. Thankfully I don't live under such restrictions though.

Rune, Matic, CUB and LEO. This list is perfect. I bought a big bag of LEO yesterday. I plan on buying a big bag of CUB and Matic in the coming days and I have been all over RUNE for a while. Your list is the same as mine!!!