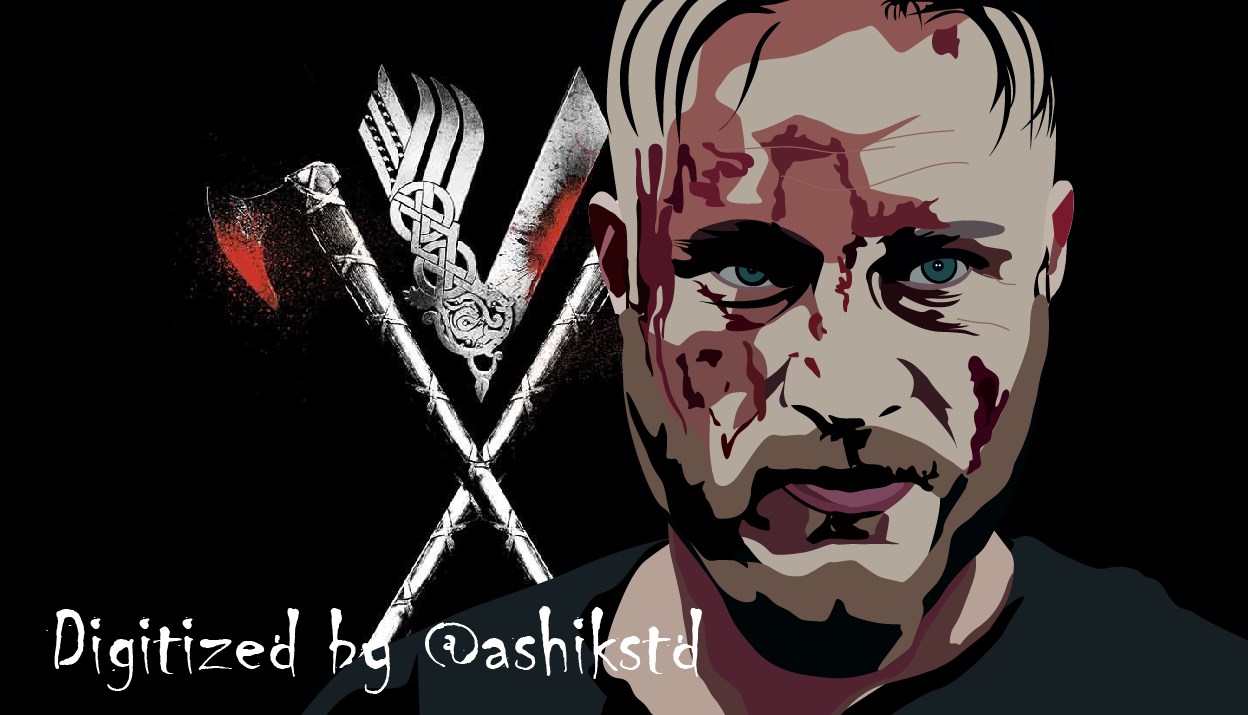 This is the digital portrait of "Ragnar Lothbrok" and I've found the reference photo from here.

I digitized it step by step without the help of any tools that can make it automatic for me.

One of my art processes with a video.

I used Adobe Illustrator CS6 to do this. I used the pen tool for the main parts of the art but I had to take help from some other tools as well.

I started doing this portrait through the eyes, no the eyebrows were covered with blood maybe then I worked on the face with blood, the lip, beards, and the remaining parts. 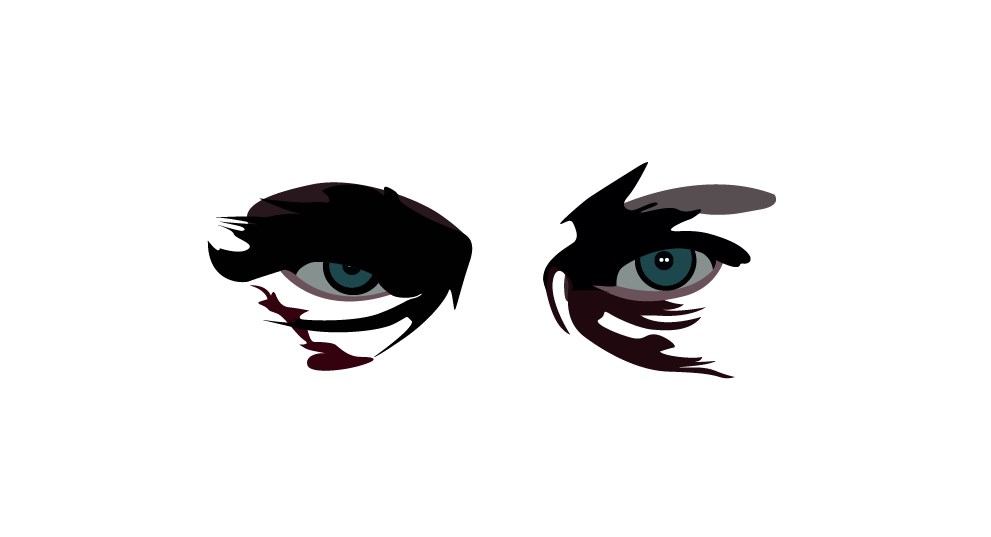 At first, I drew the eyes where I've used around 5-6 colors for the eyes and the shading around the eyes, and then I tried to draw the eyebrows although I'm not sure if they look like eyebrows or what. 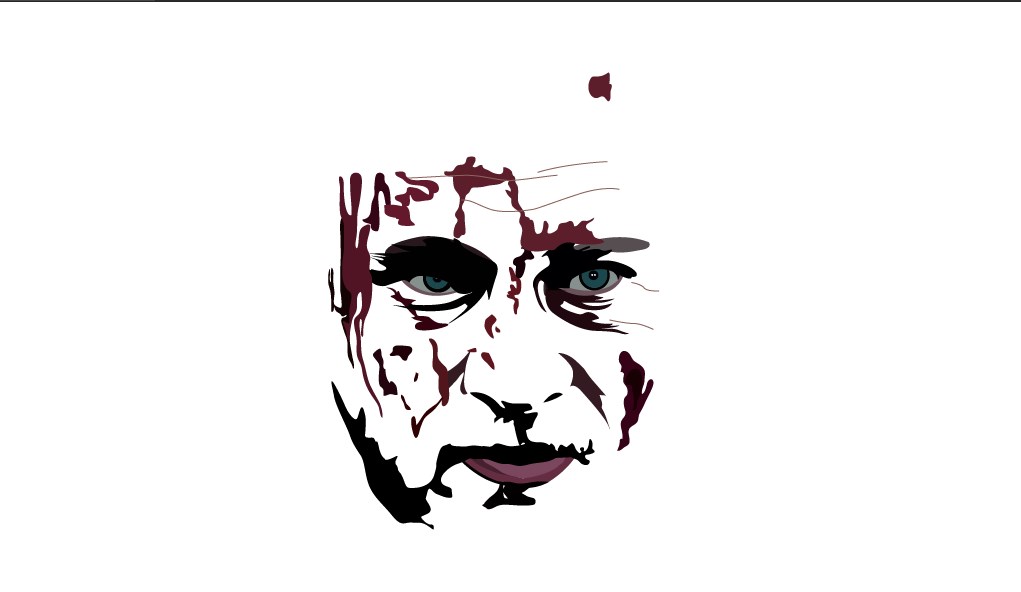 Then I gave some shading on the face, ears and added portions of hair although the character looked bald in most of the pictures. I got confused on the last part of the face where I had to give fill color to the face but then I could come with an idea a kind of finished it.

Then I worked on the neck and the dress where I didn't have to work a lot. Then when it was completed, I didn't like him with the white/blank background. So I downloaded a logo of Vikings from here and then I used it as the background and I finished it by adding my signature as a watermark.

So... I just presented you with a digital portrait of Ragnar Lothbrok that I digitalized.

I hope you liked the art.

And if you really like it then don't forget to let me know how it is, and if you find anything wrong with my work, then please let me know about those as I need to know where I'm doing wrong.

If you like this kind of digital portrait then...
I'm open to digitize your portrait as well... you may knock me in discord (ashikstd#5058) to leave an order and I'm gonna try to make you smile with the little skill that I have.

I love this! I can feel the reflection of light and the corresponding shadow effect.

I feel what you feel too. I really like it

Haha, good to know that.

Hey sorry for the late reply (I somehow forgot to do that).
Thanks for your compliment