Hello dear friends of ecotrain, today I want to talk to you about another topic that will possibly revolutionize our relationship with the environment in the coming decades, maybe you have already seen something about it on television, but if not, well in this post we will review briefly what are the laboratory meats and their possible impact on the environment. 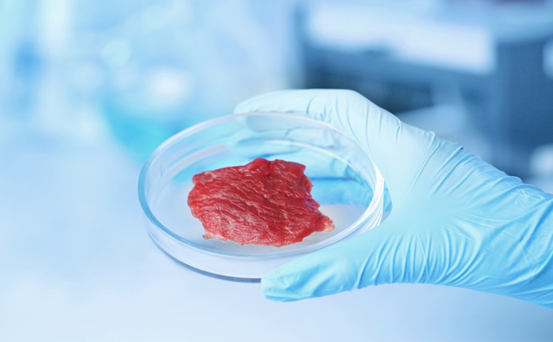 Source
But of course first let's review the basics.

What is lab-grown meat.

Well, lab-grown meat is something very similar to what it sounds like, basically it is meat or more precisely animal protein generated in bioreactors using tissue engineering in order to obtain an alternative source of protein to traditional livestock, poultry, or fish farming, although recent advances have made it possible to replicate also meats such as bison, deer, elk and other types of exotic meats ... 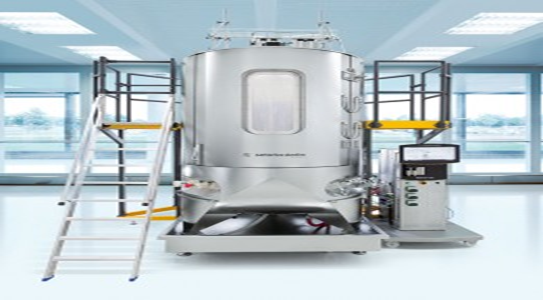 The procedure for the creation of these meats involves the combination of stem cells or cells with similar properties designed with biotechnology together with a culture soup that has the necessary nutrients, fats and carbohydrates for the development of these in the aforementioned bioreactors and a lot of bioengineering and other sciences. I won't go into detail about this because as you can imagine, it is a very complex science. The photo above is a bioreactor.

Now, why this can change the world.

Well, as you may know, livestock farming has a tremendous impact on the environment, when we see the relaxing paddocks with beautiful cows grazing it is difficult to think of the damage they do, but the damage caused is at many levels, to begin with, the creation of such paddocks for livestock involves the deforestation of large tracts of land with the consequent annihilation of biodiversity in the area, to keep the industry running it needs transportation that uses fossil fuels and fertilizers or chemical pesticides aggressive with the natural balance and a large amount of fresh water which every day becomes more valuable due to the reduction of reserves, and on top of that. Did you know that cows worldwide release approximately 5% of the greenhouse gases into the atmosphere in the form of methane gas... that is... their flatulence..... 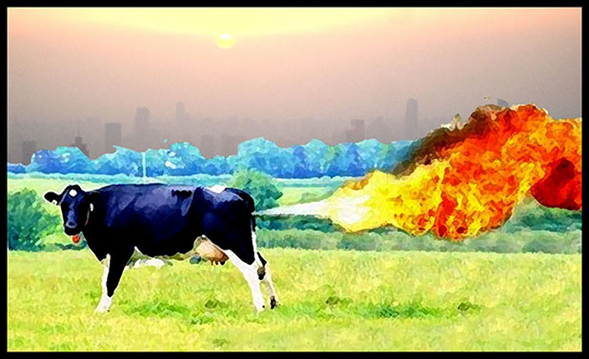 Rounding up everything mentioned above, we can round up that livestock as a whole produces 14.5% of greenhouse gases worldwide, so if there is an alternative that allows us to continue consuming proteins without polluting so much, it could be very attractive from an ecological point of view...

As I have mentioned before people will never stop eating meat, it is something engraved in our genes and no belief will totally impose itself over our genetic software, so the best plan is to make better use of meat resources and develop alternatives that are really viable, and by viable I mean identical to real meat.

THE PROBLEM is not that it doesn't look like real meat, currently with genetic technology and the help of recipes and nanotechnology it is possible to make meat IDENTICAL to the real thing. The problem is the cost, currently the average price of a pound of lab-grown meat is $10,000, as it requires very expensive state-of-the-art scientific equipment and lots and lots of energy, as cell growth depends on having controlled environments in special light and temperatures, and the operation of a lot of machinery.

But many companies and independent non-profit organizations are investing resources and expertise in the area, with some organizations projecting that by the next decade the price of lab-grown meats would drop to about $2.5 a pound, which sounds a lot better.

https://en.wikipedia.org/wiki/Cultured_meat#:~:text=Singaporean%20restaurants.%5B80%5D-,Companies%5Bedit%5D,-This%20section%20needs
Source
While the list is not up to date, it gives an idea of the scale of the venture and illustrates how for many, lab meat is the future, one result promising in the short term is $50 Lab Nuggets, https://www.bloomberg.com/news/articles/2019-10-22/clean-meat-just-chicken-nuggets-grown-in-a-lab-coming-soon while still exorbitantly expensive, is a tremendous step forward on the road to mass, cost-effective production of protein for human consumption.

Another obstacle, this time not from an economic point of view, but from an ecological one, is the fact that producing animal protein in a laboratory, as already mentioned, will require large amounts of energy which currently produces pollution when generating it, or at least a part of it, as many countries are already making the transition to renewable forms of energy.

Even so... we cannot pollute trying to take care of the environment, so in part the project of a world with reduced livestock farming depends on whether we can generate large amounts of energy in a clean and safe way... nuclear energy can be clean and safe... handled correctly, but it has very powerful detractors, let's hope that hydrogen fusion technology does not have a similar fate...

Well, with what has been said above I would like to close with my opinion on the matter... the idea of eliminating livestock farming is not new, 90 years ago one of my favorite historical figures, Winston Churchill, already imagined a future where we would not have to raise a chicken just to consume the breasts. When between the 80s and 90s we began to see the advance of medical science in generating tissues for transplants or grafts, everything became a matter of time, and today that era of which Churchill spoke may be less than a decade away, I sincerely hope so ... and that the big lobbies of livestock and meat do not block this technology as has happened with other major advances throughout history, our planet would appreciate it ...

But tell me... what do you think about it dear reader... please let me know in the comments, I read them all and answer as many as I can.

That was a well written and well decorated insightfull piece.So informative and data processed that, so much new info's about bioengineering and the aspects of biotechnology have been used.

You write with proper stats, which look good and scientific and rational.
Well appreciated. 👍

Thank you very much for appreciating a very good job done.
This servant for here when you like.