Is a New Great Depression Coming?

Lately if you surf the internet a bit you may come across some articles discussing the possibility of a new great depression in the United States, in case you don't know the great depression was a collapse of the American economy that occurred in the years 1929 and 1933. It was a terrible time to live in the United States. Employment dropped to 25 percent of the population, the economy shrank by 50 percent... on the streets, there was a lot of poverty and hunger with food increasing every day... for some of us who know what it is like to live in a country where the economy collapses, it is easy to become familiar with the scene I am describing...

But the problem did not stop there, by then, the United States was a world potential and the markets, although not as today, were connected, therefore the effects of the economic recession in the United States were felt all over the world, international trade was reduced by 65%... the prices of raw materials fell shockingly, making countries that were sustained by the export of raw materials saw their budgets terribly reduced, such is the case of countries like Venezuela or Colombia...

The causes of the Great Depression were many, but to talk about them in a comprehensible way would require several posts... maybe I will do it later. For now I will only mention factors such as the unsupervised growth of public debt, the overproduction of goods in later years when there was a boom in consumption, the inactivity of the state in making decisions and the exaggerated import tariffs. Does all this ring a bell?

If it does, it is because similar situations are being seen today in the United States. The covid pandemic caused the U.S. gross domestic product to fall by 31.4 percent. Unemployment reached 14.7. Although a steady recovery has now been seen, unemployment still stands at 5.9 percent.

Also looming on the horizon is the dreaded specter of inflation, due to policies such as expanding the federal assistance system and stimulus programs, lots of inorganic money is being printed to hand out to the people as a handout, but such an injection of money into the economy without a backup can cause inflation to skyrocket, which would affect all sectors of the economy. Currently $1 trillion of new money enters the economy every hour. 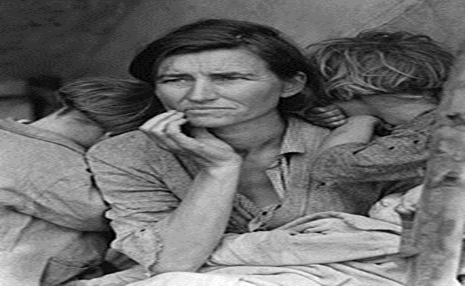 This could be a terrible thing, as many people are looking at the numbers, and if the panic spreads in the stock market, perhaps a stampede of people pulling out will occur, which would make the prophecy of the great depression, a self-fulfilling prophecy.

But how does it affect us in LATIN AMERICA? 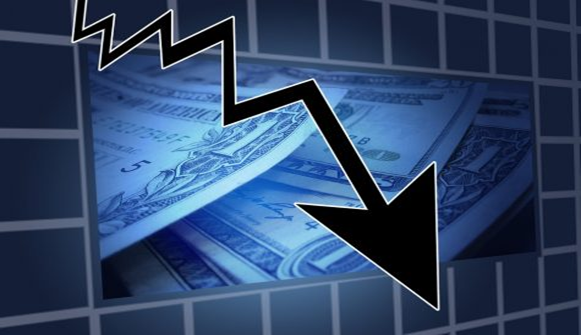 Well, I believe that the effect of such a hecatomb would be much worse today than it was in 1930. Since today's economies are much more closely linked to each other, today the United States is the world center of the economy, and our countries have not stopped depending on the export of raw materials, not to mention that if we compare our rulers today with those of almost 100 years ago... we may have reason to be a little pessimistic... since our economies today are more delicate.

Of course this is all speculation, and I sincerely hope that those making this prediction are wrong. And they may very well be wrong, every now and then there is talk of disasters that never happen, but for those of us who have lived through the economic collapse of a nation, this can be something to worry about.

In closing, I will share with you some tips on how to be better prepared in the event of an economic crisis.

Something important in any difficult situation, fear can make us make unwise decisions such as selling goods that may later have more value or quitting a job without being sure that you will get another one.

-Don't take your job for granted.

It is important to understand that in an economic collapse many companies go bankrupt overnight, which causes many people to lose their jobs, always try to have a plan B or even a plan D.

Usually those who are forced to make large loans are because they have a lack of liquidity. If you made a large loan and a crisis hits, maybe that venture they promised to pay you for will not take off no matter how good it is, making it impossible for them to pay you back, dragging you into bankruptcy as well.

-Do not take loans with adjustable interest rates.

In case you are forced to make a loan, an adjustable interest rate is usually not a problem in a stable economy. But in case of inflation or problems in the economy of the lending institution, you can be sure that they will raise the interest rate regardless of whether it destroys your household economy, banks never play to lose.

-Don't rush to increase your standard of living.

We all work to make a good living, and it's okay to enjoy the fruits of your labor, but in times of uncertainty, it's good to be patient and not go into debt to buy that new car you've been wanting or move to a better neighborhood. Because maybe that promotion at work, with the good salary associated with it, will not withstand the economic depression.

-Don't keep money in cash. Or in banks.

This is a point with which I am very familiar, I lived through terrible inflation and I know that what in one day can buy you a month's worth of food can be enough for only a week in your bank account. And enough for one candy the next. So try to invest in assets that are valuable in any circumstance. Such as precious metals, gold or silver, or canned foods with long expiration dates.

To live today anyone has to have business relationships, and things go better if those relationships are good, try to maintain a good reputation with those who make you loans or give you credit in their business, if you have some money left over pay all your debts and the day you can not pay speak clearly and sincerely with them to reach an agreement, because in times of need the help of such people can make a lot of difference.

I sincerely hope that you will never need such advice, but if it happens, try to be well informed and be very efficient in the management of your assets, remember that already in 2008 the world suffered from a crash in the US economy, a major collapse can bring problems to our economy as well.

I hope you are all very well. And take care.

Proper preparation they say prevents poor performance, it's not 100% percent sure it's going to happen same as vice versa.

We are not sure of anything yet for sure but it's a good thing to prepare before hand.

Your advice are a well analyses steps to survive in such situation, we've been through alot before and after the pandemic, this will also come and go.

I agree that one should be very careful with pessimistic statements about the future, however we should hope for the best and prepare for the worst.
Thanks for the support and your comment, it is very important to me.
Regards.

You are welcome. Thanks for the kind words. Have a great day ahead