Finance// The Tax and its Definition.

Greetings friends, today in my blog about finances I am going to talk to you about taxes, what they are, how they work, and how to manage them. 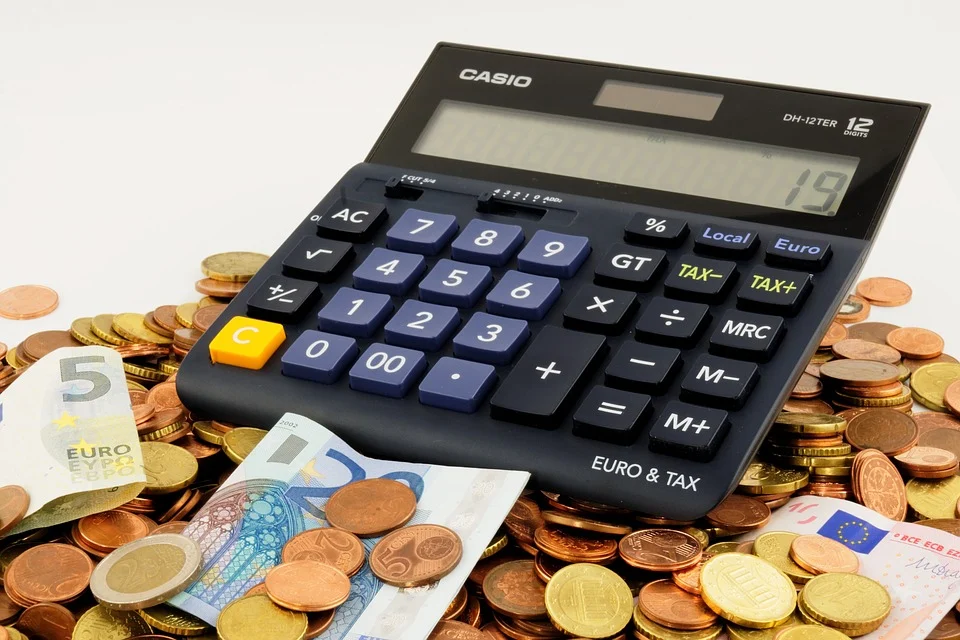 To begin with, what are taxes, Wikipedia appears as '' Tax is a kind of tax (generally pecuniary obligations in favor of the tax creditor) governed by public law, which is characterized by not requiring a direct or determined consideration from the tax administration (tax creditor).''Source

Curiously in Wikipedia it is defined as A type of Tax, and if we go to the definition of tax '' Taxes are public law revenues consisting of compulsory pecuniary benefits, imposed unilaterally by the State, demanded by a public administration as a result of the realization of the taxable event to which the law binds in the duty to contribute.''. We can see that it expresses that it is, mandatory, imposed unilaterally by the this, and demanded by a fact that the state considers appropriate, which seems to me a more accurate definition of how taxes work today, since the state requires the money to maintain security services such as police and army, public infrastructure, such as squares and roads, and its own operation, whether salaries of public officials congressmen etc....

It all depends largely on the country, as each state has its tax policies, the most common in our Latin countries is the VAT, value added tax, ''The VAT (value added tax, tax on retail value and value added or value added tax) is a tax burden on consumption, ie, Basically a payment to the state that starts with us ordinary citizens and goes up the distribution chain until it reaches the state, with the exception that if an intermediary requires goods or services from another similar company, his invoice can be exempt from VAT, this is to avoid the accumulation of percentages, which would make the final value of goods and services much more expensive than the international standard for the final consumer.

VAT is of course the most common tax, but in Colombia for example, there are several other types which are.

Income and occasional profit.
The income tax is national and refers to the current operations of the company. The occasional profit tax is complementary and refers to profits in activities not contemplated as current activities. The income tax rate is 35% and the occasional profit tax is 10%.
Income tax for equity (CREE).
CREE is one of the national taxes in Colombia. The 9% rate on income that may increase the equity of companies is paid for the benefit of workers, employment generation and social investments.
Value Added Tax (VAT).
It is a national indirect tax on the provision of services and sale and import of goods. Rates vary between 0%, 5% and 16%, depending on the type of good and service.
Consumption tax.
This is a tax on vehicles, telecommunications, food and beverages. It can vary between 4%, 8% and 16%.
Tax on Financial Transactions.
In Colombia, this tax is applied to each transaction made in checking and savings accounts. It has an incidence of 0.4%.
Tax on Industry and Commerce.
This is a tax on industrial, commercial and service activities carried out within a district or municipality. It varies between 0.2% and 1.4%.
Property tax.
It is levied annually and is a tax that secures the right of ownership of real estate. It varies between 0.3% and 3.3% and is levied by municipalities or districts. Source

While these taxes apply mostly to large companies or owners of large tracts of land, they do not stop impacting us the end consumer, since if a company pays all or potentially several of these taxes, they will add the cost of such payments to their products or services, to remain profitable, No one does business to lose money right.

In many Latin American countries there is a system similar to the Colombian one in terms of taxes, of course with variations, which make the final amount paid in taxes... here a small list of the total potential percentages of taxes paid per country. 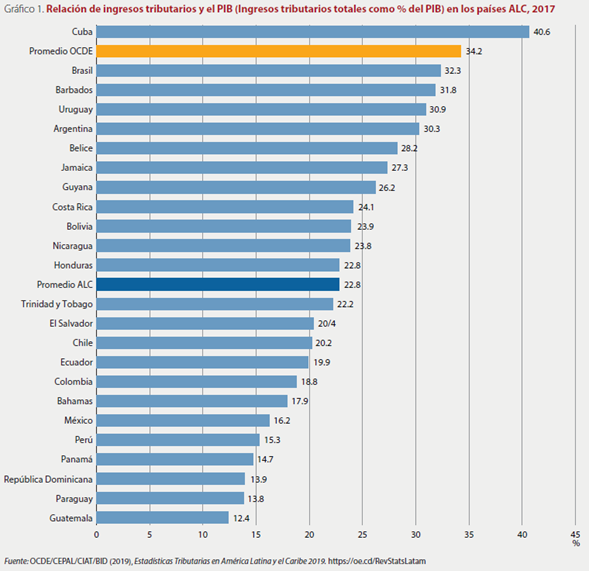 NOTE; the previous image, is used as an example of the variations in tax burdens between countries, difference due to their tax systems, it should not be used as a reference to measure the tax burden today, nor take the data expressed in it as one hundred percent accurate, since it is an image of 2019. And even so, it may not be correct for the date, because in each country each business may pay different taxes.
Of course there are different models, such as the United States, where being a Federal government model, the central, state and local government may have their particular taxes, but broadly the same system is used in most states, which would be:

.
This is the most common and is a tax on all profits from a person's commercial activities, whether the sale of goods or the rendering of services. It is personal in nature, so every citizen is required to declare his or her earnings and pay taxes. Obviously there is an organization called hacienda that is in charge of investigating when any person is not declaring correctly or is evading taxes altogether.

Which is very similar to the VAT system in our countries, but its use is limited to certain products in certain states.

Basically a tax to be paid for owning a house in the United States, the tax varies according to the state or county where you live, so a house in Beverly Hills will obviously pay more tax than a cabin in North Dakota. As a particular note, the payment must be made by the owner of the property, so if you rent a property, you don't pay the tax, at least not directly, but the owner will surely pass the cost of the tax on to the rental price. So... that's how the market works.

It is a tax on items such as alcohol or tobacco, initially it was created to reduce the consumption of such substances among the population, as it was expected that being more expensive people would consume less, but that did not work, today it is justified with the financing of public programs to fight against such vices and medical treatment of the victims of them.

As you can see... There are many tax systems, and it is a very intricate subject that requires much more time and space which I will dedicate in future posts... for now. Before I finish

[2]What are the taxes in Colombia.

Congratulations @anyelina93! You have completed the following achievement on the Hive blockchain and have been rewarded with new badge(s) :