Argentina. A new precedent for tax collection in Latin America and its possible consequences.

@anyelina93 64
2 months ago
LeoFinance
Hello dear friends of leofinance, today I want to tell you about an event a bit worrying for some, and that we should all be a little attentive, and that is that on Wednesday November 17, the Republic of Argentina by presidential decree began the collection of taxes on transactions made in cryptocurrencies.

Of course, the state authorities of the country claim that the tax will not have a significant impact on the final buyers of cryptocurrencies in the country, which although in my point of view is somewhat difficult to believe, the truth is that reviewing the details of the decree, it certainly does not seem to be a big deal...

Basically it obliges the payment of up to 0.6% of the net value of all transactions made by banking operators or exchanges in conjunction with Argentine financial institutions.

The decree does not include tax collection from individuals, i.e. the tax will not be paid by ordinary people like you or me, but by companies, banks, etc....

The activities taxed by this tax include purchase, sale, exchange, brokerage and any other type of trade made with cryptocurrencies, cryptoassets or digital currencies of any kind.

The tax will NOT be levied on the holding of cryptocurrencies. Neither to the growth of their value but until the moment they are traded.
For more details the complete decree is here.

https://www.boletinoficial.gob.ar/detalleAviso/primera/252994/20211117
Now why I say this is something we should be aware of.

The case is the:

Argentina is not the first Latin American country to proclaim taxation in the world, not even the first in Latin America, already in the republic of Peru there is a similar policy although taxes are higher these are focused on business activities that generate profits in cryptocurrencies. Chile also had a similar policy.

What the decree does show is the growing interest of the governments of the region in the amount of money mobilized through cryptoassets in Latin America, which grew exponentially during the pandemic, only in the case of bitcoin, Latin America between 2017 and 2020 occupied only 6% of the global trading volume of the currency, after March 2020 it will occupy 15.8% that's a lot of money, and governments always hungry for more money are seeing that and they are relamen....

But it is not only money they are looking for, in many countries cryptocurrencies gave financial opportunities to people who otherwise would not have been able to generate income, such as Venezuela, these cryptocurrencies and their different dynamics escape the financial controls of governments and give economic freedom to people, something that many governments are openly or not enemies....

So when applying a tax policy also requires the declassification of the financial information of individuals to apply the law ... with which one of the main advantages of cryptocurrencies which is the anonymity and freedom that these give would be completely eroded .... Today it is the companies... tomorrow when we all use them and move much more money, such taxes will be charged to us, and the mostly corrupt and inefficient governments of this region will take away our crypto-freedom as well.

Of course, such prejudice and pessimistic projections are based on my bad experiences with authoritarian governments in Latin America, which every day are more and more, but that does not mean that the fact of taxing cryptocurrencies is entirely bad, the state is necessary whether we like it or not, an inefficient order is better than no order, and the infrastructure they build and maintain is paid for with taxes, so if it were not for corruption we could say that it is fair to tax cryptoassets, another point is the fact that the implementation of taxes on cryptos means their official incorporation to the economic dynamics of nations, which gives more confidence to people and companies to invest in cryptos and use them as a means of collection or payment which extends the market for these and makes it accessible to many more people. 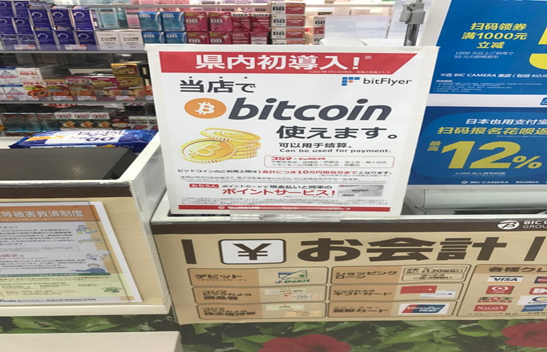 Of course I dislike any tax, but if they are necessary, I would bet for a model like the South Korean one, where cryptos are being adapted to the daily economy just like in Japan but with lower taxes...

Anyway, we will have to keep an eye on how the situation progresses in our countries and see where it takes us.

You guys what do you think will happen will come for us now.
I read you in the comments and answer as many as I can.

Thank you for your support