@amphlux 61
2 months ago
We Are Alive Tribe 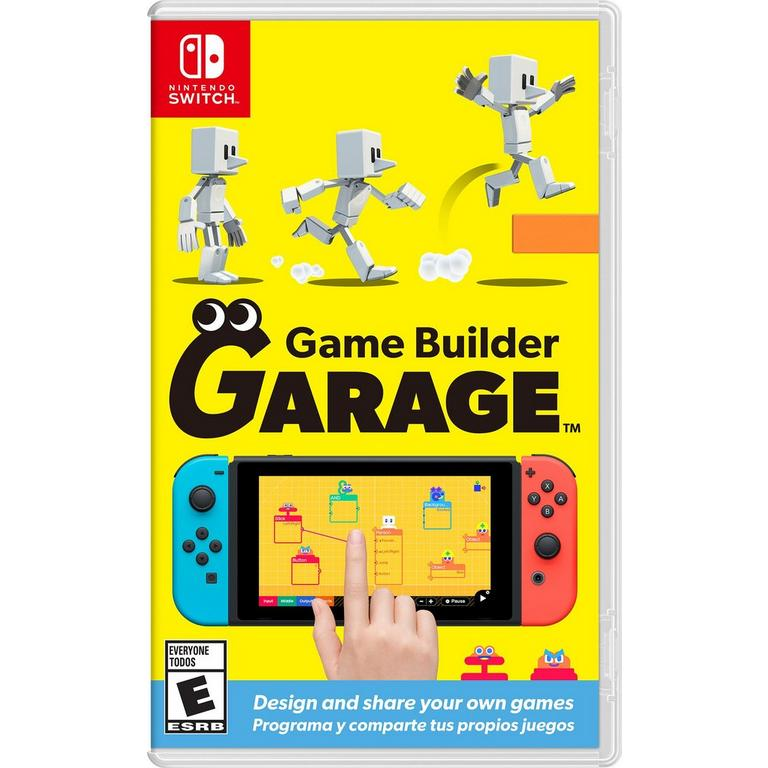 After stopping by the grocery store, me and the fam had about 20 or so minutes to kill so we headed to a nearby Gamestop just to see what was available. Nintendo Switch games have a thing where they don't lose their value, so finding a Switch game for "on-a-whim" prices isn't the easiest. That said, we came across Game Builder Garage for $30 and my 8yo daughter was keen to try it.

A fun aside, I saw a LOL Dolls Nintendo game and suggested she try that. She rolled her eyes and said "I want to play a real game not some dress up dumb game." My daughter is 100% a total gamer and knows when a game is just pandering to girls and their parents. Smart kid.

She starts playing and doing her thing last night. It was late so she didn't have a ton of time. She came home from school and was playing it a little bit before we went out for a few errands this evening. When we got home, I sat down with her to watch the game. This is a great video game, very much what could be called edutainment, which is education + entertainment. Watching her build levels, I immediately recognized what it was trying to teach her. This game works with node graph architecture, which is what other professional creative real world applications use, such as Unity or Blender.

She's learning things but don't mention that to her

There is a funny aversion to "learning things" that children sometimes have, since learning things can be tedious, boring and difficult. Edutainment circumvents this barrier by making education entertaining and engaging.

In Game Maker Garage, the nodes are called Nodons which are animated little faces who talk to you, but they are also in effect nodes. Anyone who has worked with a node layout editor will know how these function. They can take inputs, give outputs, and do various things. One node named the Object-Break Nodon detects if something(player): destroyed, and if so, sends a signal out, which can be sent to a restart Nodon which will restart the level. There is background-music Nodons, Nodons that spawn objects, a vast assortment of different Nodons which do different things.

I fully support her efforts in making games, and I even played her tag game she did through the tutorial. She picked some pretty colors for her level platforms and we took turns chasing eachother and dying. It was really fun. I would recommend this to anyone who would like to get their kid into programming video games, or even if you would like to get started yourself. I know a few things about Unity and other node editors, I've used them myself, so I can say that there is a ton of real life overlap between learning how to make a game in Game Maker Garage vs most other game engines.