Some considerations on the rational use of natural resources.

@amestyj 69
about 2 months ago (Edited)
ecoTrain
Dear readers, we know that natural resources do not have an economic price, it is something that nature gives us, therefore it has an important value that lies in our existence on planet earth, some researchers point out that our environment fulfills some functions for the benefit of society among which we can mention the following: ecosystems are part of a large production of goods and services, an example of this would be agricultural production, also provide natural goods and services such as carbon dioxide sequestration of forests among other fundamental aspects that do not translate into economic remuneration. 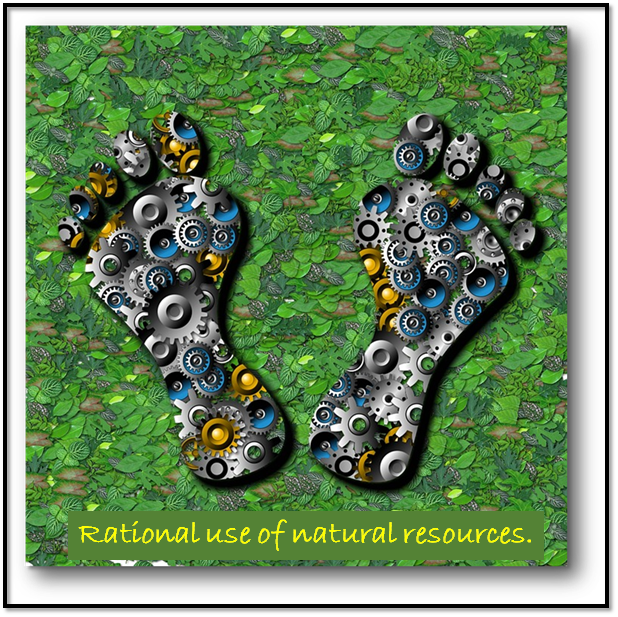 Design by @amestyj with public domain image taken from PIXABAY
In this sense, for some time now, two important components have been put on the table: natural resources and economy, all this because it is about generating a lot of money with the irrational use of natural resources, transforming large natural areas which has caused the loss of a great diversity of animal species, in addition to the pollution of water, air and soil, caused by the sometimes toxic waste generated by industries.
Referring to the above, Días and Escárcega (2009) point out that environmental problems occur because there is no possibility of making a rational use of natural resources, a situation that has expanded worldwide, where developed countries have degraded their ecosystems in search of wealth and, on the contrary, underdeveloped countries have neglected their productive systems, making an inadequate use of productive systems, since they copy conventional models based on the economic component, neglecting the environmental component.

Public domain image taken from Pxfuel
This situation has led some economists to recognize that much of the environmental degradation is due to economic practices, therefore, they consider that the challenge is to achieve environmental awareness, understanding that human activities in all areas affect the ecosystem when there is a modification of it, which can be achieved through education, recognizing the existing problems and planning solutions in the short, medium and long term, for this, there must undoubtedly be will on the part of those who govern, since they must enforce the laws of environmental protection that govern in each nation.
Dear readers, conclusion the methods of production are those that have generated the degradation of our natural resources, because to produce is absolutely favorable because you get an increase in goods and services to meet human needs, the problem is the pollution that is generated when using inappropriate methods for the mass production of goods..
Díaz, R. and Escárcega, S. (2009). Sustainable Development "An opportunity for life". McGraw Hill: Mexico.