Some considerations on ecologically based veterinary medicine

@amestyj 69
about 2 months ago (Edited)
ecoTrain
Dear readers, within veterinary medicine it could be said that there is a branch that can specialize in the use of natural resources such as homeopathy, acupuncture, neural therapy, biological therapy, among others. Many of these practices enjoy the preference of the so-called ecological livestock farming because they do not leave toxic residues in the meat and the medicines are cheaper than the conventional ones, these practices are framed in ecological practices aimed at improving animal production, although according to Valdez (2007), it can also be called ethnoveterinary because some of the practices applied are based on ancestral knowledge that are very useful for the peasant sector. 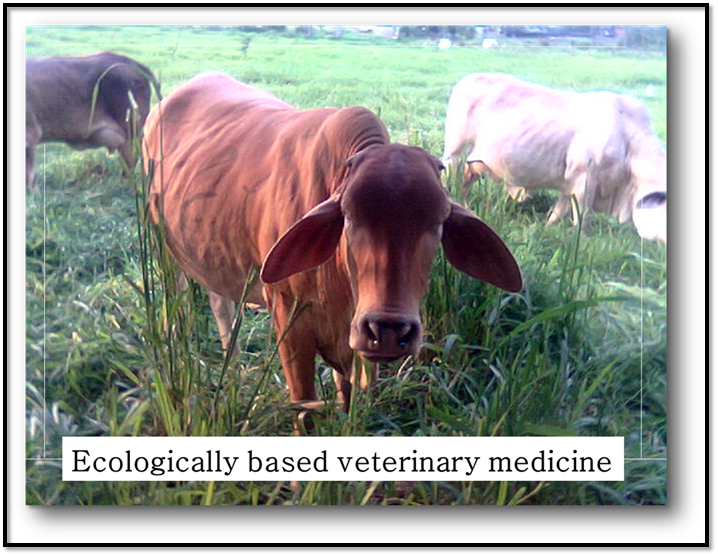 Design by @amestyj with an image of his property captured in the farming el Carmen.
In this sense, the same author (Valdez) points out that agroecological animal health practices include the following:
- For the control of gastrointestinal parasitosis, crushed and orally administered pumpkin seeds can be used, since, according to some researchers, they contain cucurbitacin or cucurbitin, an alkaloid-type active ingredient with intestinal cleansing properties, which prevents the proliferation of parasites.
- As for the control of external parasites such as ticks or mange, local plants can be used, such as neem, with which a macerate is prepared and then applied to the affected animals at the time of bathing.
- There is also a disease known as mastitis, which consists in the inflammation of the cow's udder, which can cause great problems in milk production. For the treatment of this disease, the natural method applied is based on the use of hot orange and grapefruit peel, which is placed on the breasts or diseased udder, or sometimes medicinal plants are used.
- In the production units some practices are carried out, such as castration of males for fattening. Some people take into account the phases of the moon to apply this type of practice, since, according to their criteria, doing it in a certain lunar phase allows surgical interventions to heal better, in addition to avoiding hemorrhages and infections. 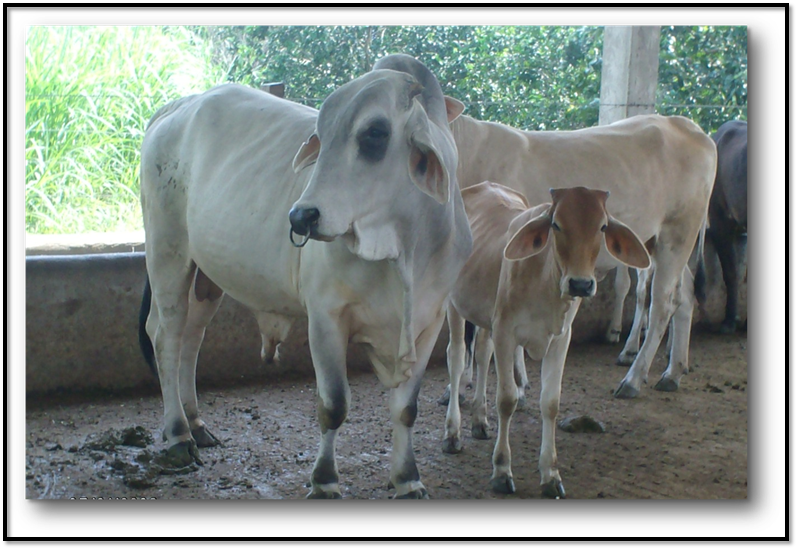 Design by @amestyj with an image of his property captured at the El Carmen farm.
On the other hand, authors such as Gasca (1999), mention that there are also therapeutic methods such as phytotherapy which is based on the use of medicinal plants that may have healing capacity, Homeopathy which is a method developed by a German physician "Hahnemann" , which is based on the use of substances of natural origin that after a process of dilution and dynamization, administered to a sick animal, are able to activate in its organism the mechanisms that allow the restoration of the broken balance and therefore the healing.

Design by @amestyj with information collected in the field.
Dear readers, the objective of health programs in organic livestock farming is based on strengthening animal resistance with the intention of providing and preventing primary infections, in addition to achieving maximum integration of the herd to the ecosystem where it is located and this is achieved by promoting the use of native breeds as genetically they are the most adapted to the ecosystem.