Some considerations on certain global phenomena

@amestyj 69
about 2 months ago (Edited)
StemSocial
Dear readers, in the world there have been various difficulties in different areas from the economic to the environmental, where a series of models have been applied that are not in accordance with the reality around us, which is why, in this publication, will address specific aspects of some phenomena that have exerted significant effects for the human species on planet earth.

Design by @amestyj with public domain image taken from Pixabay
Among the most outstanding aspects are the modern models of development that have been globalized, which have undoubtedly generated an environmental imbalance, due to pollution from pesticides, loss of biodiversity, among others, which has caused great concern and has generated new ways of thinking and acting, in search of a more balanced society with ecological values.
In this sense, the process of industrialization represented the most dynamic aspect, since its expansion has generated profound alterations in social systems, creating new goods, diversifying consumption patterns, introducing new needs, altering economic, social, political and natural structures. The direct impact of industry on nature is basically produced by the occupation of space, the use of its resources, and the generation of waste, residues and pollutants. 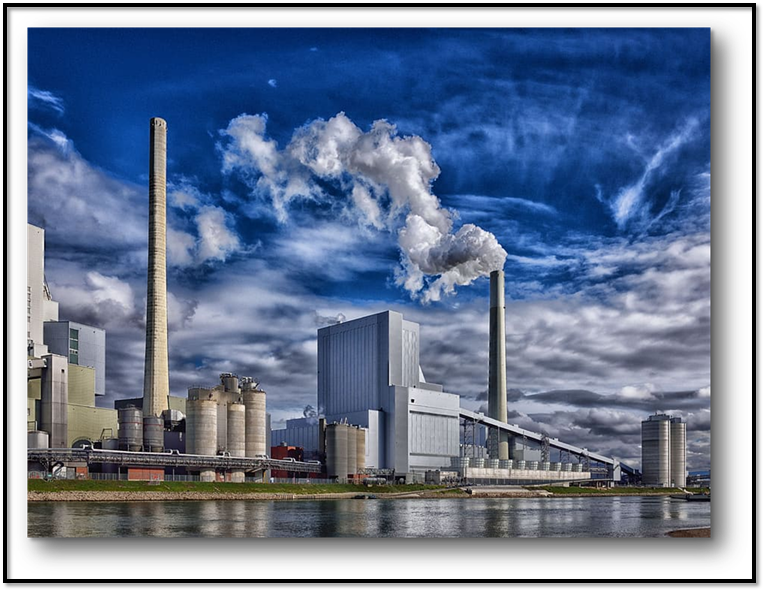 Design by @amestyj with public domain image taken from Pxfuel
Among the impacts generated by industrialization, pollution is the most studied aspect, since it influences the depletion of renewable natural resources, strongly affecting ecosystems, generating imbalance and extinction of many forms of life due to the modification of their natural habitat, causing a collapse that would drag down the social system, which depends on this resource for its subsistence. It also generates serious effects on the development process by compromising resources in the long term.
Faced with situations such as those described above, the human being is generating mechanisms to reduce the impact of satisfying the consumption needs to which dependence has been created. However, from the understanding of environmental problems, a new policy has been emerging that implies the search for a socioeconomic system in balance with the social and cultural needs of people; it also implies respect for the environment, source of resources, and in which the socioeconomic system is sustainable.
In this regard, the introduction of the concept of sustainability has been a very controversial topic, and at the same time it has begun to be the paradigm of modern society. Currently, there is a debate about what is considered sustainability, being a topic that has made inroads in scientific work, transcending to productive spaces. For example, according to Monzote (2000), sustainability from the point of view of ecology "is the tendency of ecosystems to stability, to dynamic equilibrium, based on the independence and complementation of diversified living forms". 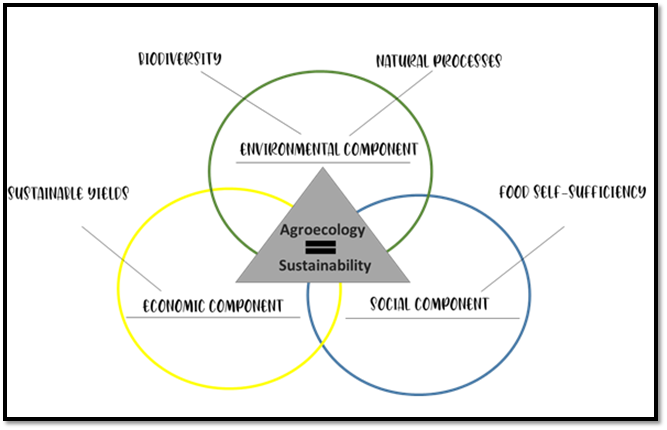 Design by @amestyj
In the same vein, Shiva (1995) pointed out that there are two clearly differentiated meanings of sustainability. The real meaning refers to the sustainability of nature and the population, considering nature as a support for life, which implies maintaining the integrity of natural processes without any type of disturbance, and the meaning that refers to the market, which includes sustaining the supply of raw materials for industrial production and global consumption in the long term.
Dear readers, in short, sustainable development is an opportunity for life, in which an exchange of ideas is proposed for the development of models of environmental recovery in various activities, obviously considering the particularities of the environment, since globalization does not allow us to dwell on the characteristics of nature.
- Díaz, E. (2009). Sustainable development "An opportunity for life. Mc Graw Hill: Mexico.
-Rubio, E. and Akizu, B. (2005). Sustainable development and globalization "When the future influences the present". Lan Harremanak 185-214.

Congratulations @amestyj! You have completed the following achievement on the Hive blockchain and have been rewarded with new badge(s) :

Thank you for keeping me informed about my achievements in hive. Have a great week.

I like to see sustainability as an all-encompassing solution that takes into account all the components, both from the environment/biodiversity and humanity point of view. Not taking account of the 2 sides is not sustainability. We want to survive as humans, so we need to farm. If we use farming to destroy the environment, we will ultimately dig our own graves. Hence, we must farm in such a way that there is minimal impact on the environment.

Greetings dear @gentleshaid, without a doubt if we want to make a change in our production methods we must take into account the social, environmental and economic components as a perfect synergy, the agroecological paradigm in agriculture seeks that perfect synergy promoting the use of local resources that do not interfere in the natural processes of ecosystems.

Thanks for your valuable comment my friend, have a great start of the week.