Some considerations on agroecological management of agroecosystems.

@amestyj 69
4 months ago (Edited)
ecoTrain
Dear readers, agricultural ecosystems are anthropogenic systems, that is, their origin and maintenance are associated with the activity of man who has transformed nature to obtain mainly food; at present, agroecosystems are generally divided into their fundamental parts and try to enhance each of them separately, but as long as they continue to be approached in this way it is impossible to increase production and solve problems such as: increased incidence of pests that attack crops and animals, erosion, soil compaction and loss of biodiversity, just to name a few of the situations that occur in the agricultural sector. 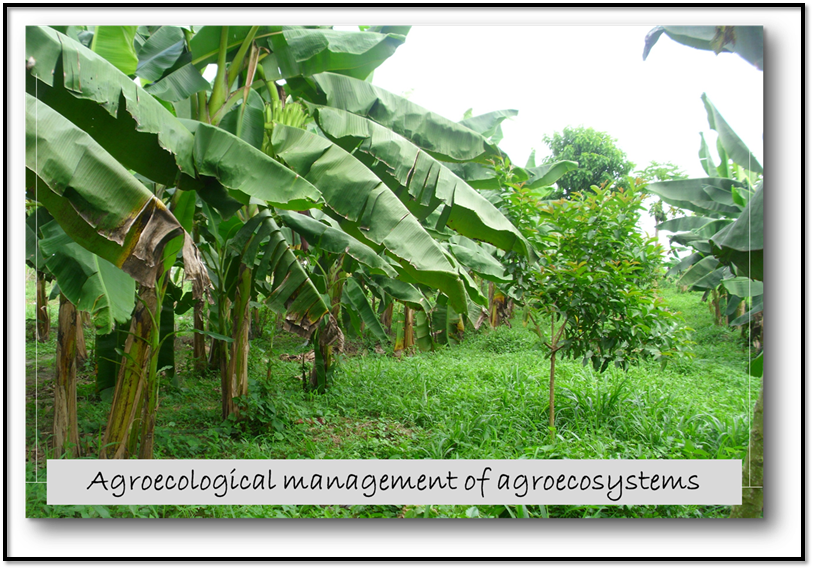 Design by @amestyj with an image of his property.
In this sense, Altieri y Nicholls (2000), pointed out that there are alternatives to the conventional methods of "Modern Agriculture", in recent years more sustainable production models have been applied; where farms are determined by the level of interactions between their various biotic and abiotic components. These interactions that move the system are those in which certain products or results of one component are used in the production of others, for example, weeds as livestock feed, manure used as fertilizer in crops, crop stubble as mulch and mixtures of manure and straw for compost.
To implement the aforementioned alternatives, one of the first steps is to identify the area of action, share the agroecological paradigm, identify limitations, potentialities and opportunities to elaborate an agroecological design together with the producers, where the best agricultural practices are carried out with the objective of integrating the components of the ecosystem and increasing the type of biodiversity that can reinforce the sustainability of agroecosystems through an ecological balance (biological pest control, nutrient cycling, renewable energy and soil conservation, among others). As described by economist Max-Neef (1993), "The priority is clear. What is needed is to make every effort to articulate the interrelationship of the parts of the system. Only an articulated system can aspire to be a healthy system. And only a healthy system can aspire to the self-dependence and actualization of its constituent subjects". 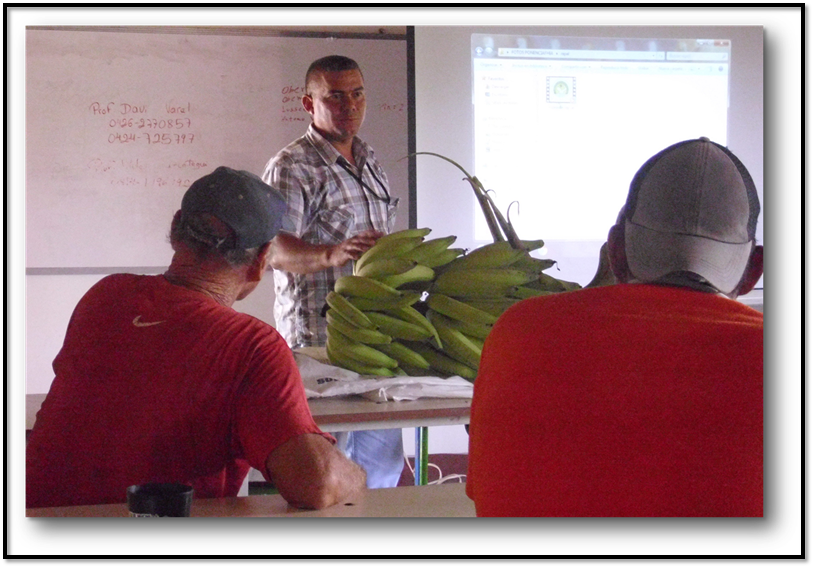 Sharing the agro-oecological paradigm with producers, photo captured by @amestyj with motorola g6 plus cell phone.
With this type of alternatives it is possible to optimize the use of locally available inputs by combining the different components of the farm system, e.g. plants, animals, soil, water, climate and people, in such a way that they complement each other and have the greatest possible synergistic effects, replacing external inputs with nutrient recycling.
In conclusion, the objective of an agroecological design is to integrate the components in such a way as to increase the overall biological efficiency, preserve biodiversity and maintain the productive and self-regulating capacity of the agroecosystem. It is also to design an agroecosystem that mimics the structure and function of local natural ecosystems, that is, a system with a high species diversity and a biologically active soil, a system that promotes natural pest control, nutrient recycling and a high soil cover that prevents losses of soil resources.

Congratulations @amestyj! You have completed the following achievement on the Hive blockchain and have been rewarded with new badge(s) :

Thank you friends for your great support and for the badge received.

You're welcome @amestyj, that's with pleasure! Thank you for your daily implication here 😊👍 Have a nice day!